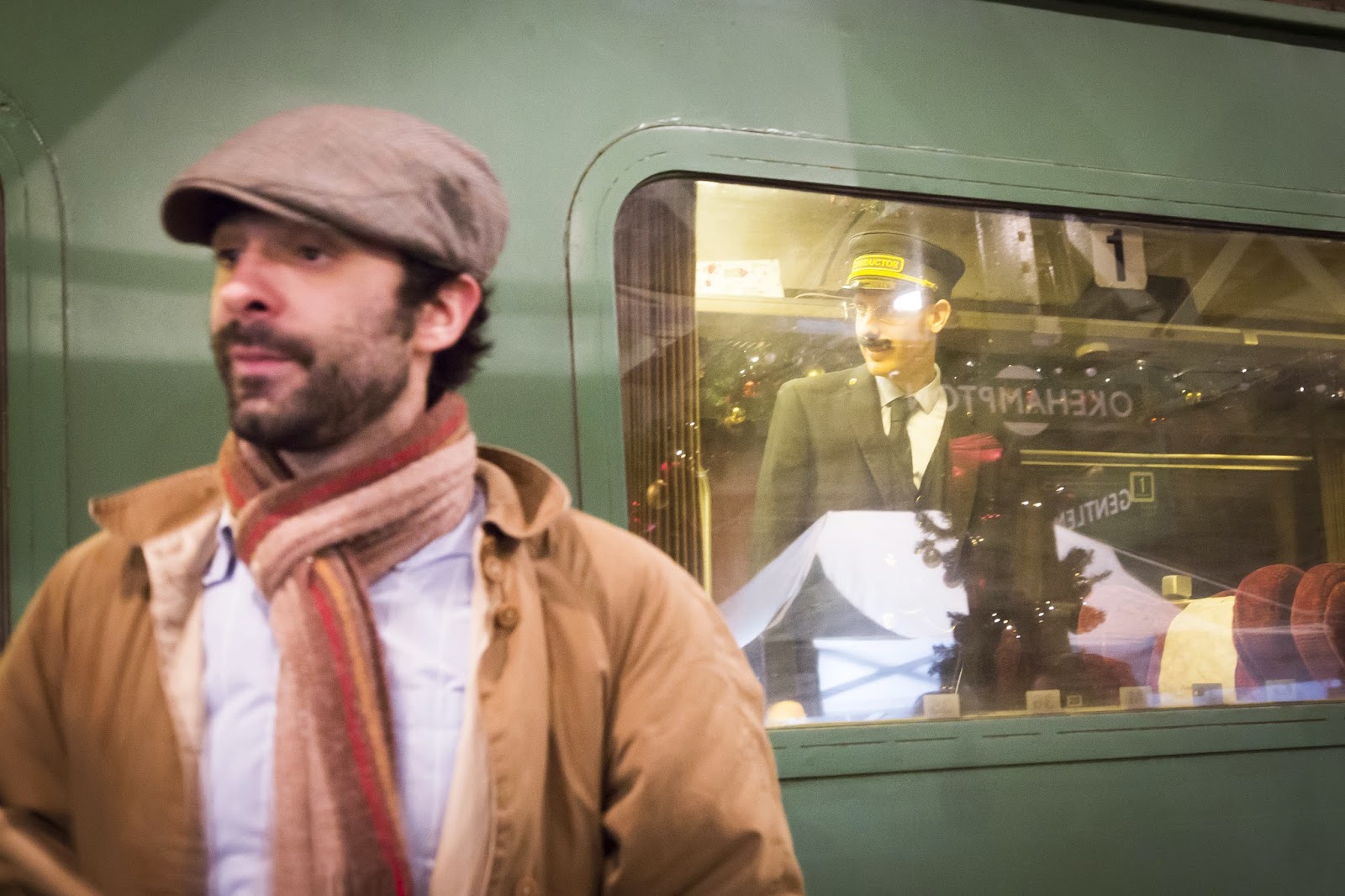 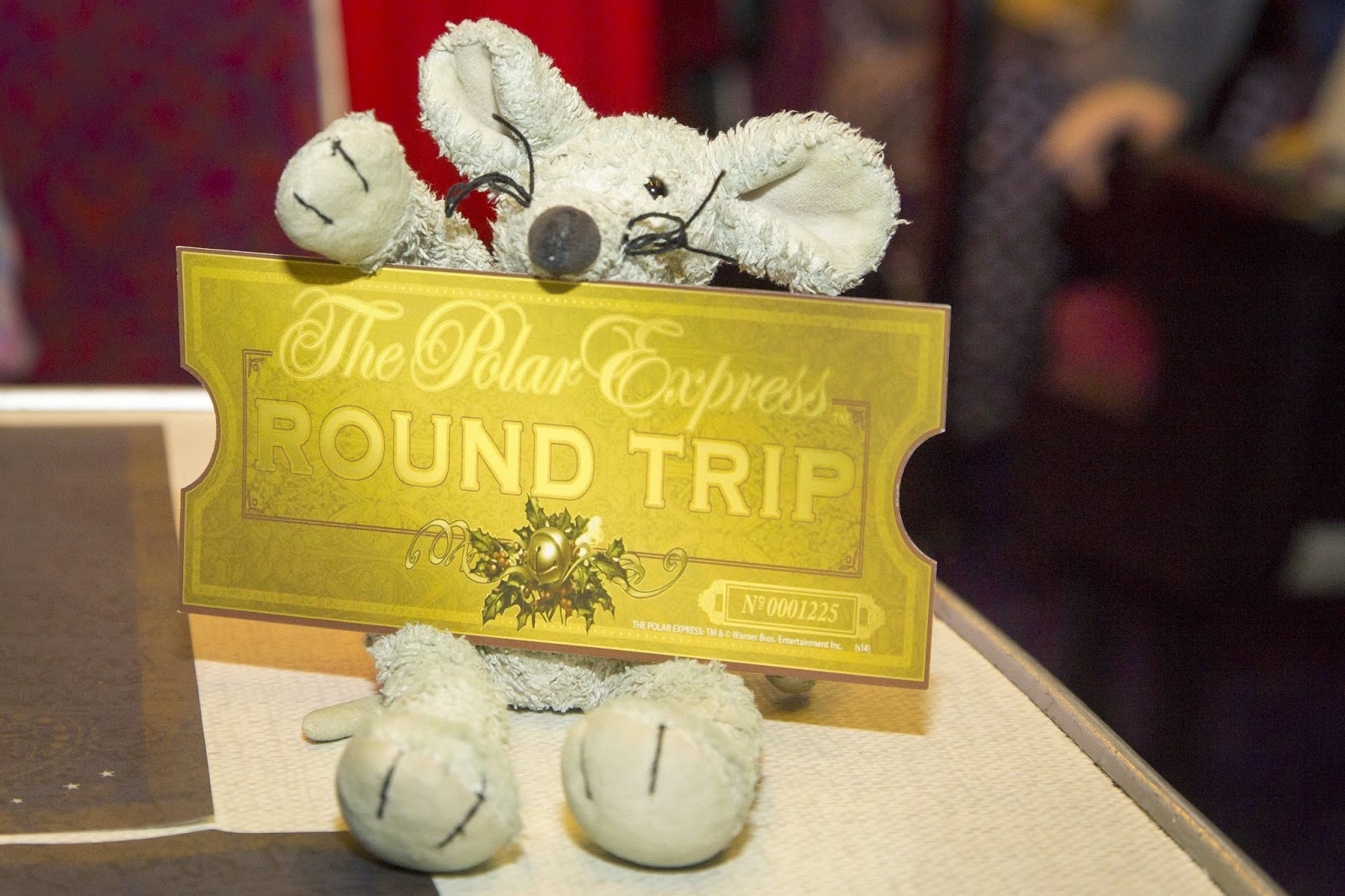 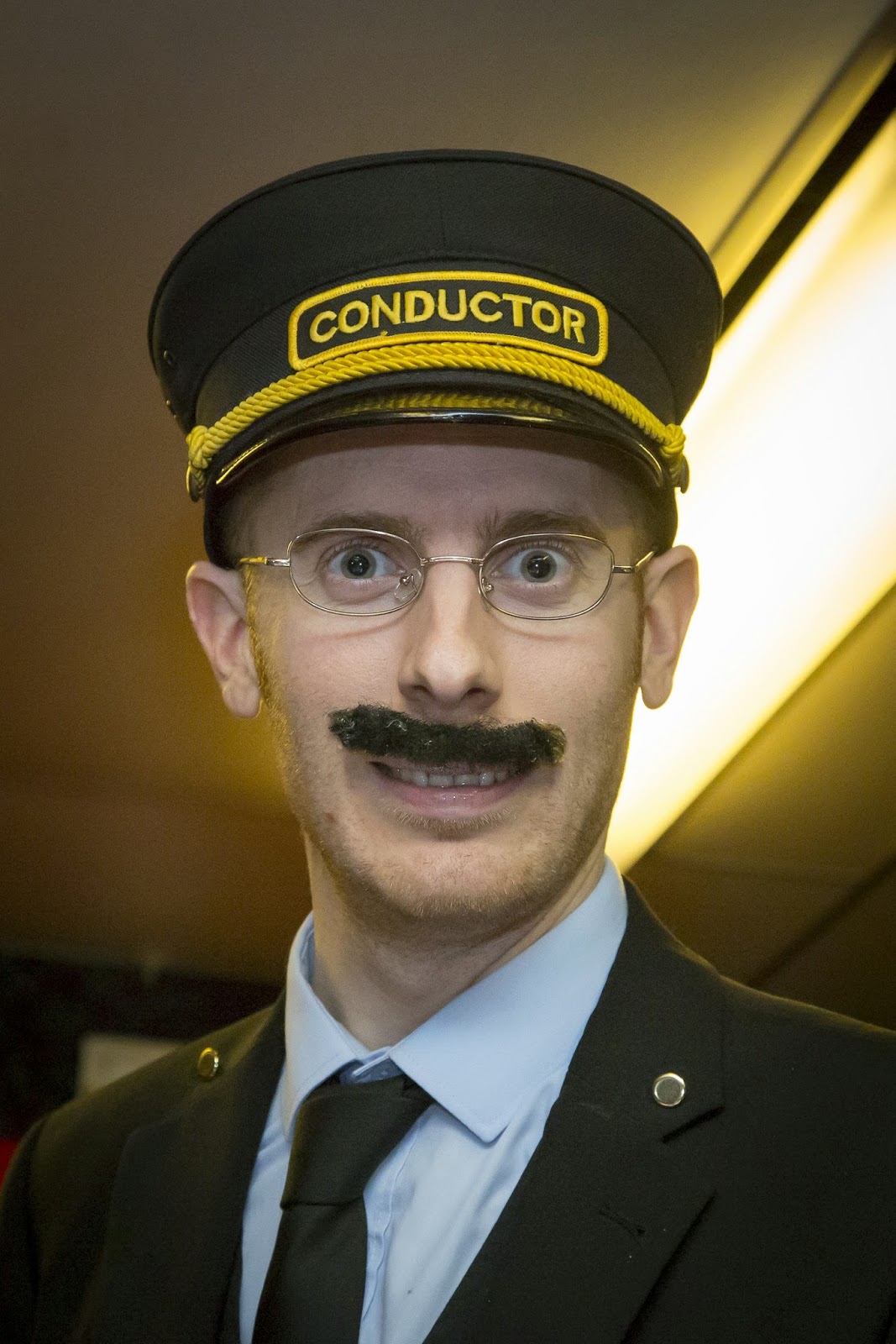 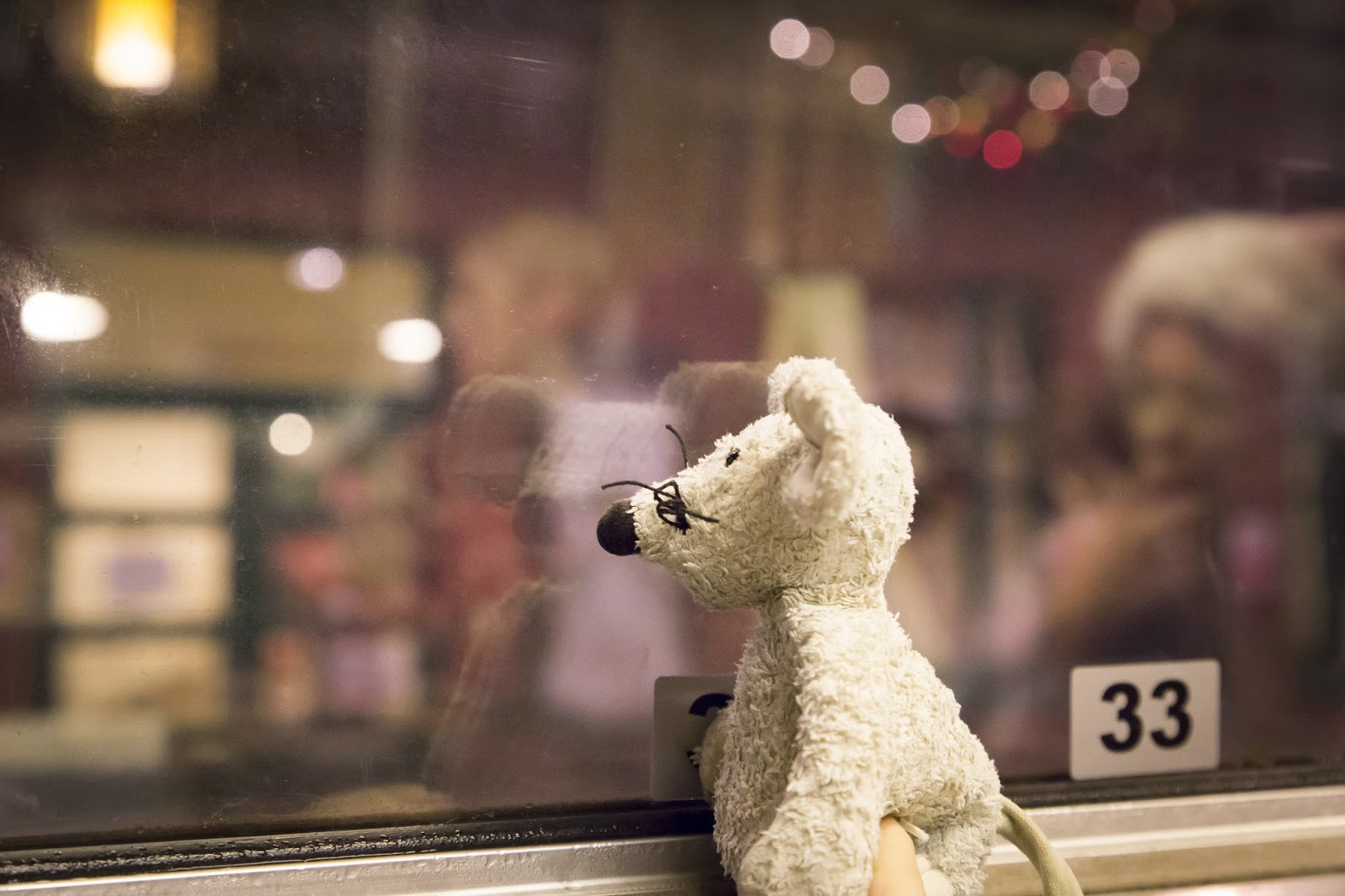 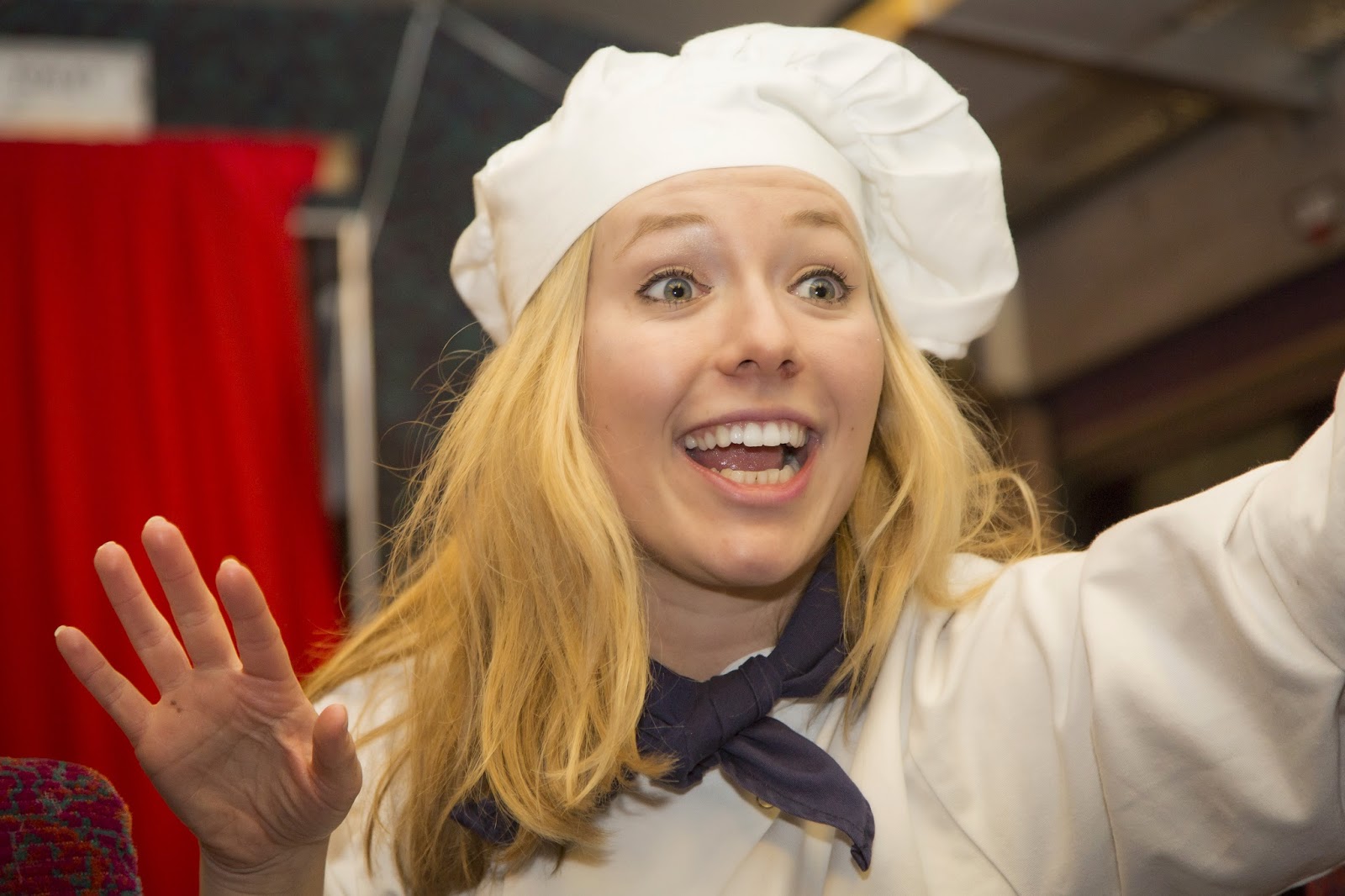 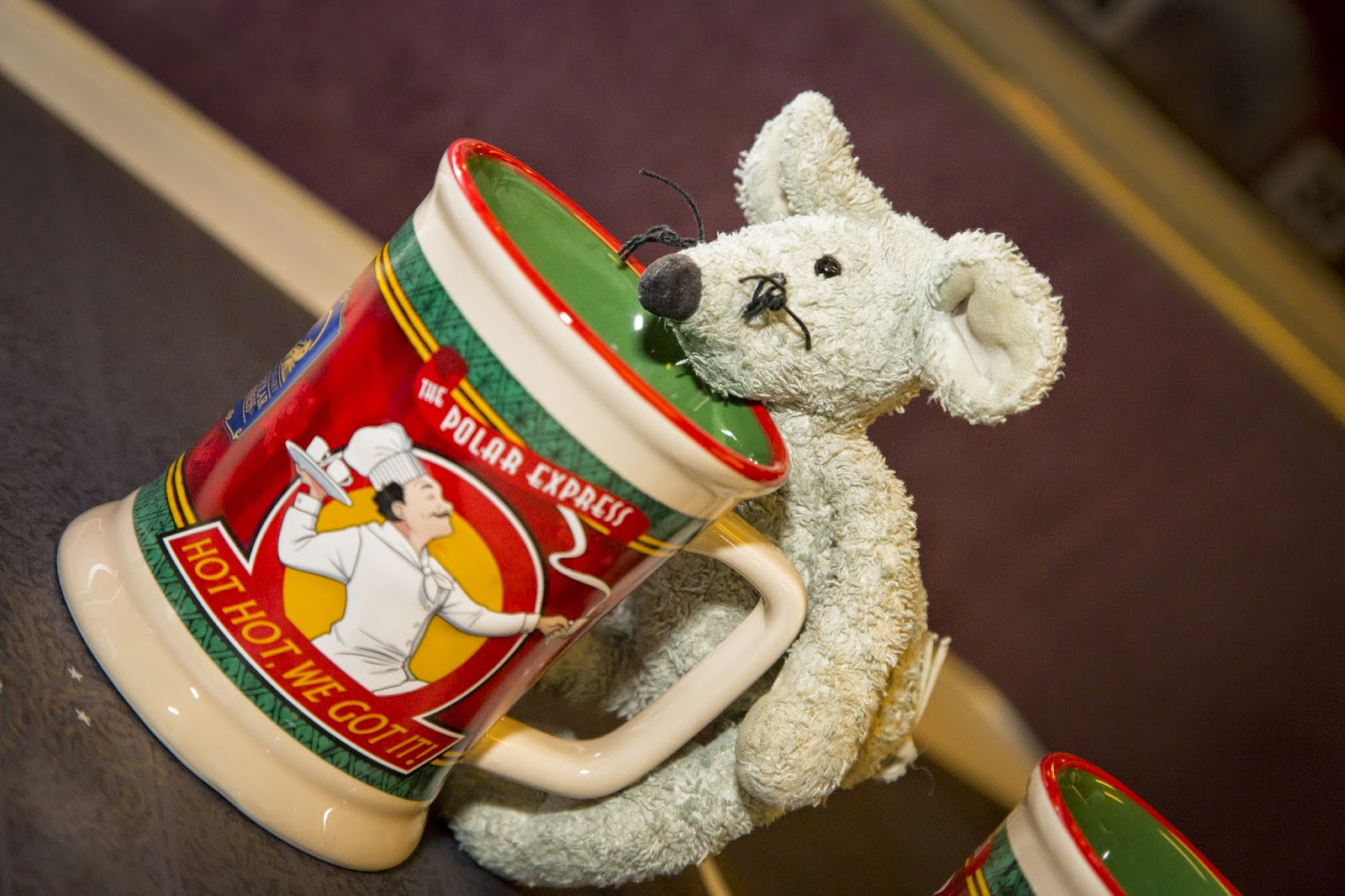 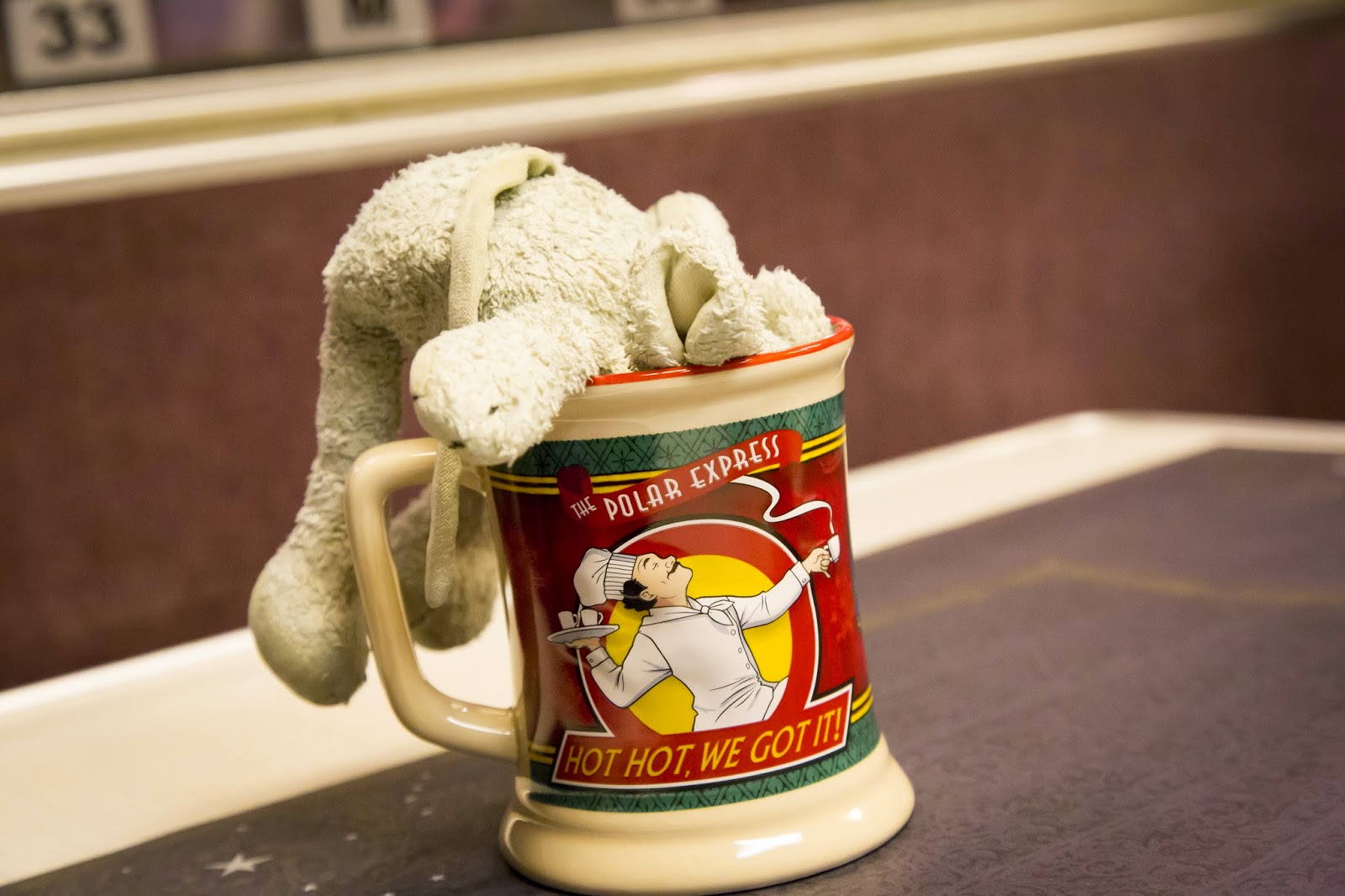 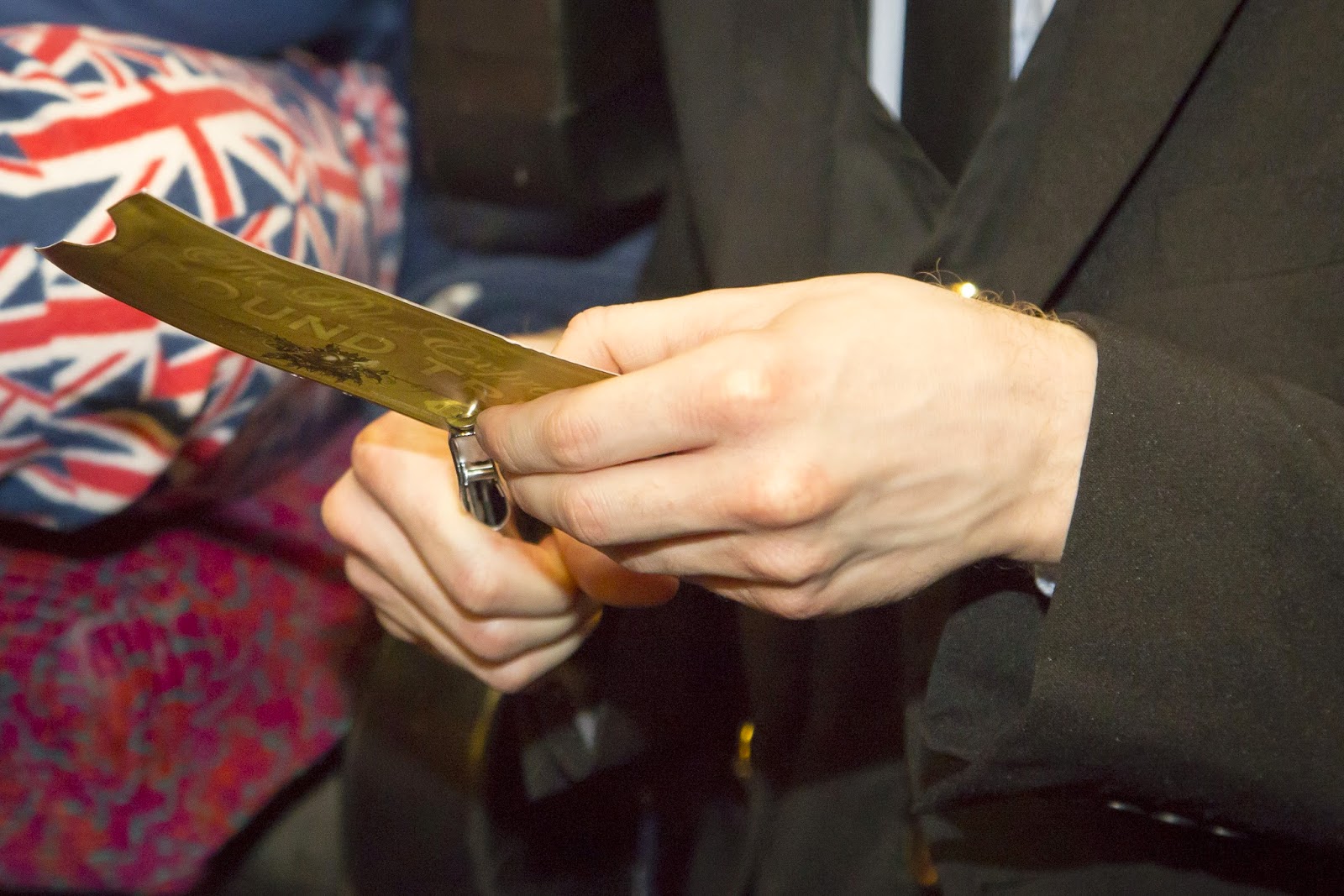 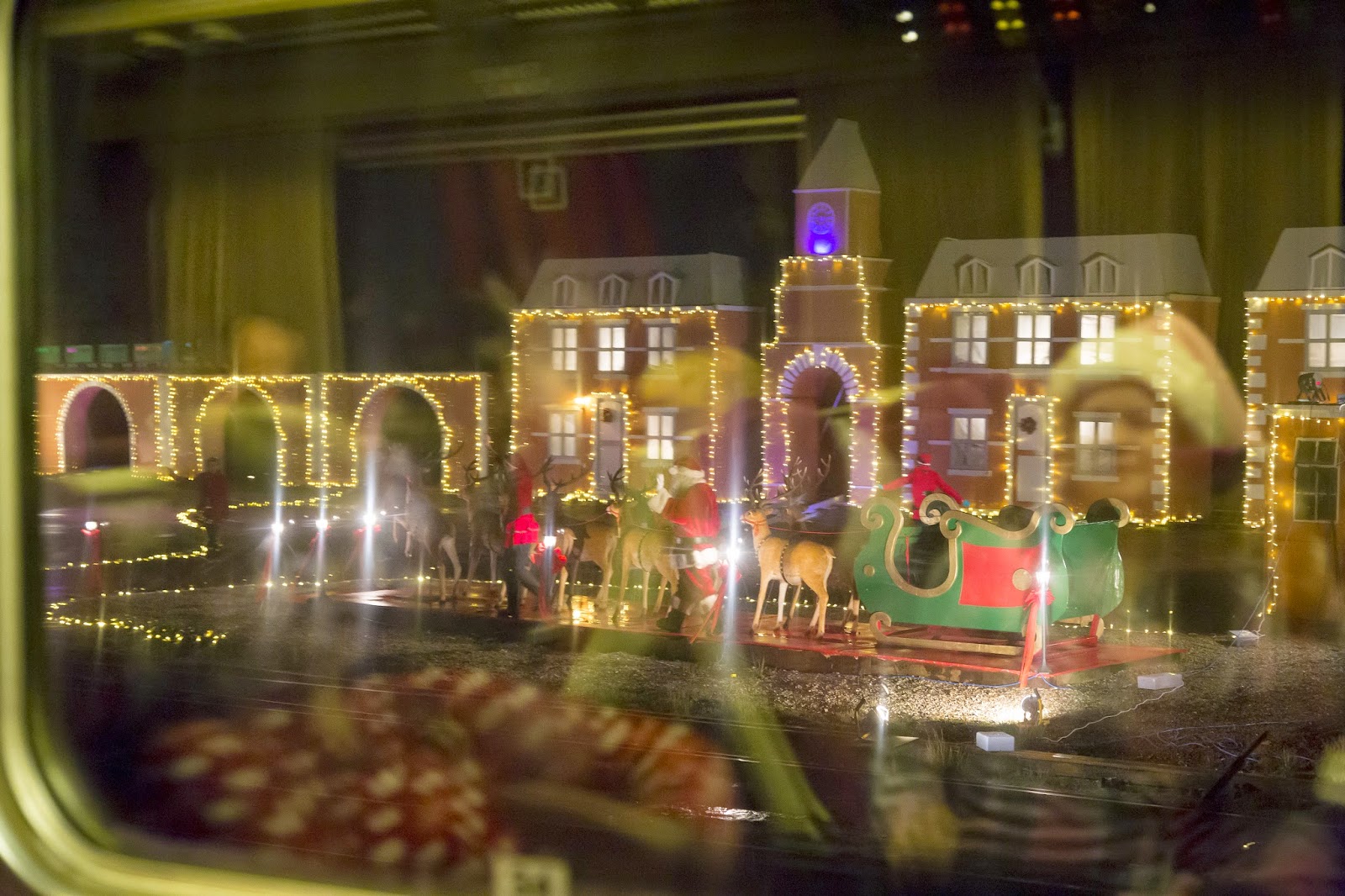 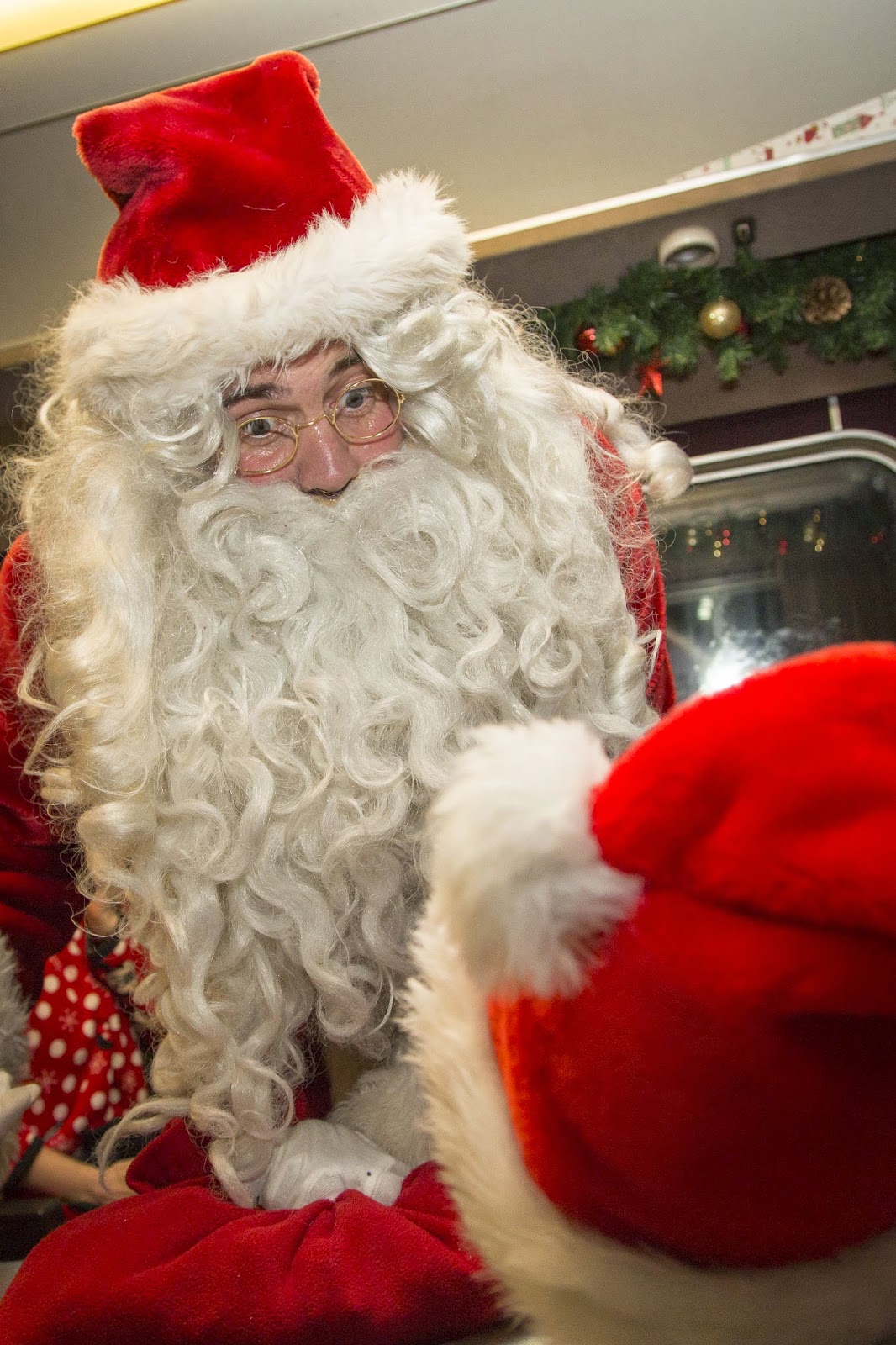 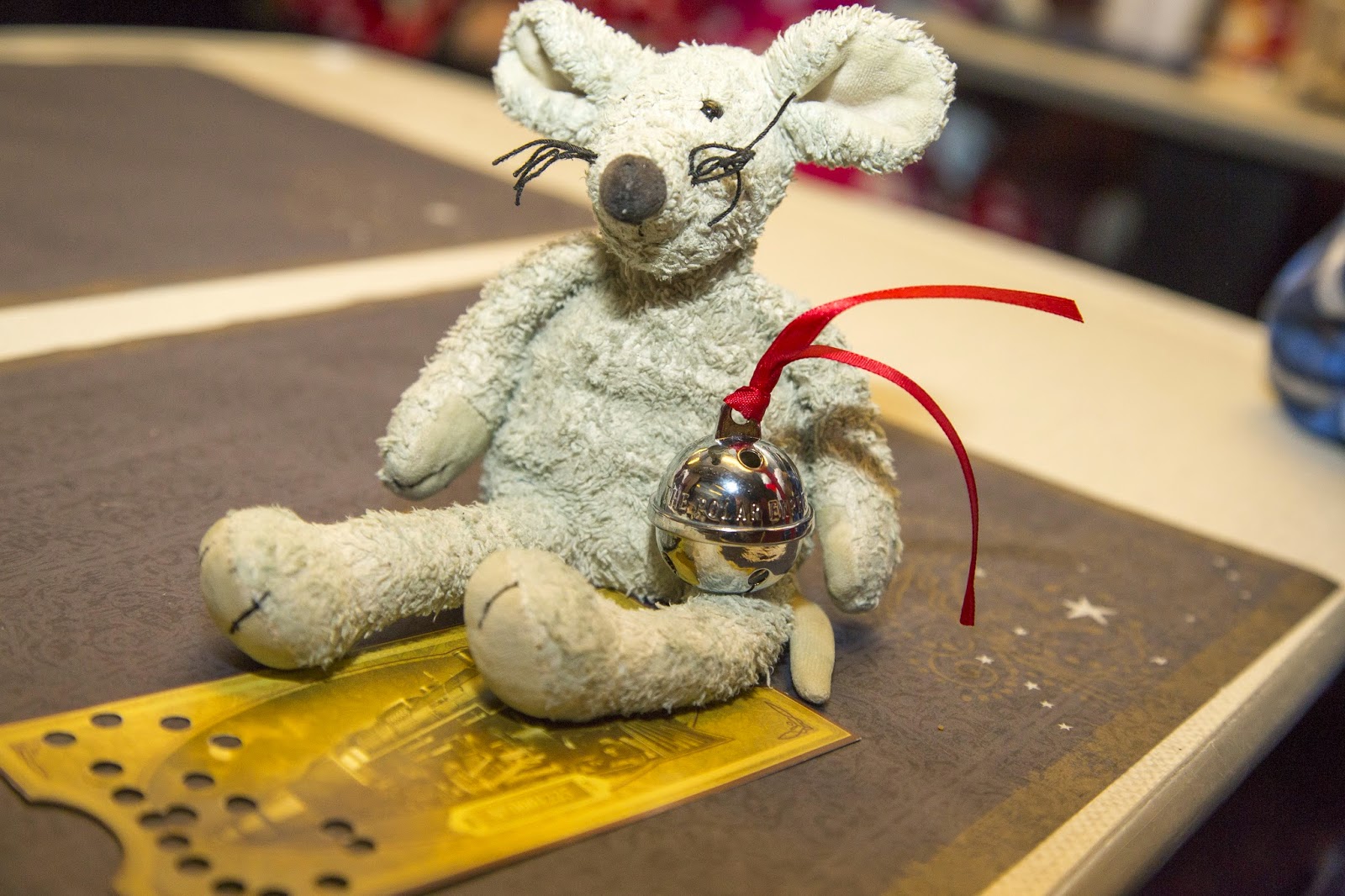 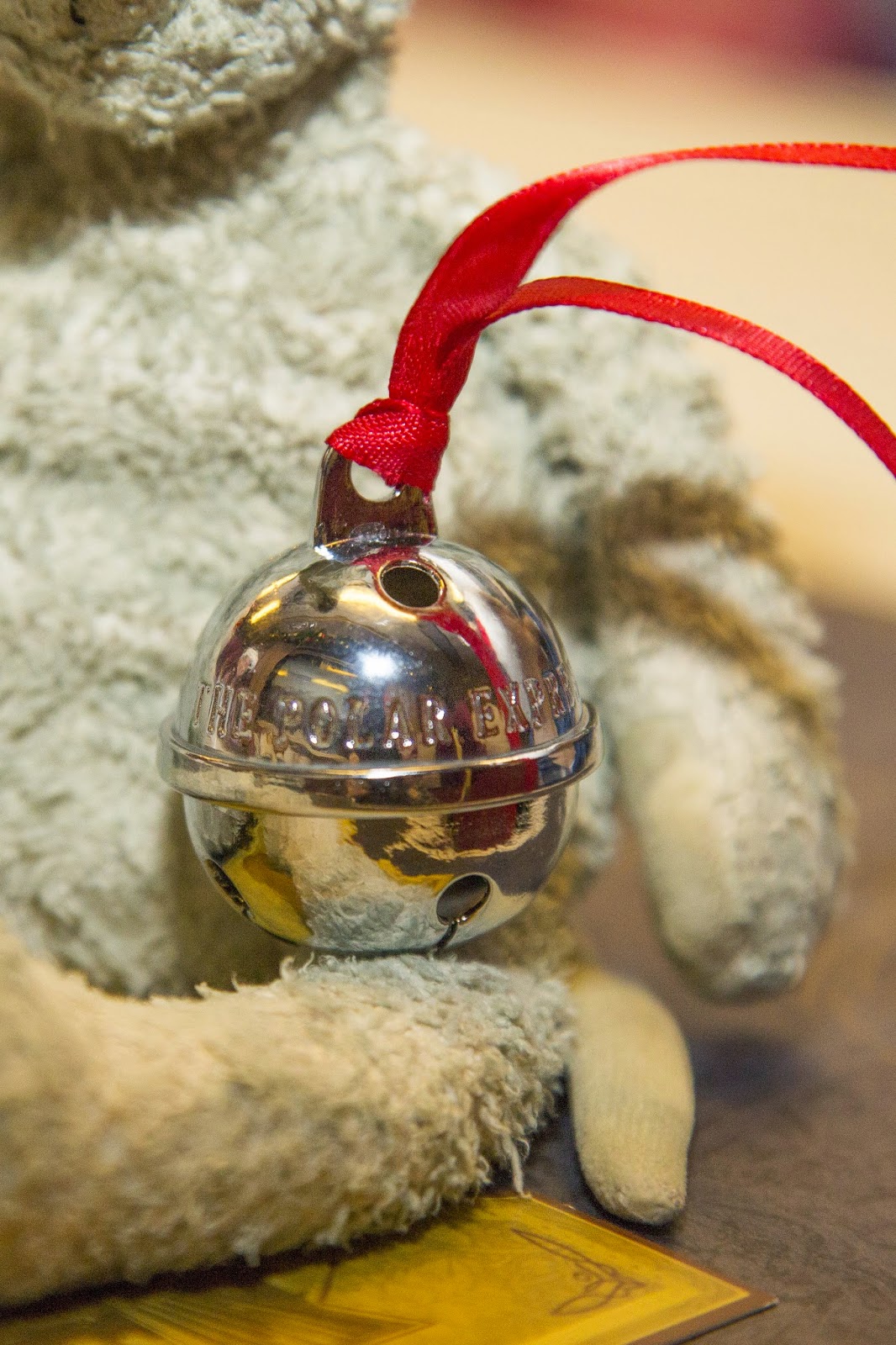 The Land of Beer and Chocolate

Mouse was beginning to get a bit bored at home waiting for the cold weather to set in so he decided to take a quick trip and have a weekend adventure.  Now you will no doubt be already aware that Mouse is quite partial to Chocolate, as well as cheese of course.

In a previous adventure Mouse went to a chocolate factory in the UK, but he knew that the best chocolate in the world comes from Belgium.  So it was the obvious place to go........Bruges.

An early start meant that Mouse could catch an early train and be in Bruges in time for lunch.  Hhhmmmmmm what would he have? 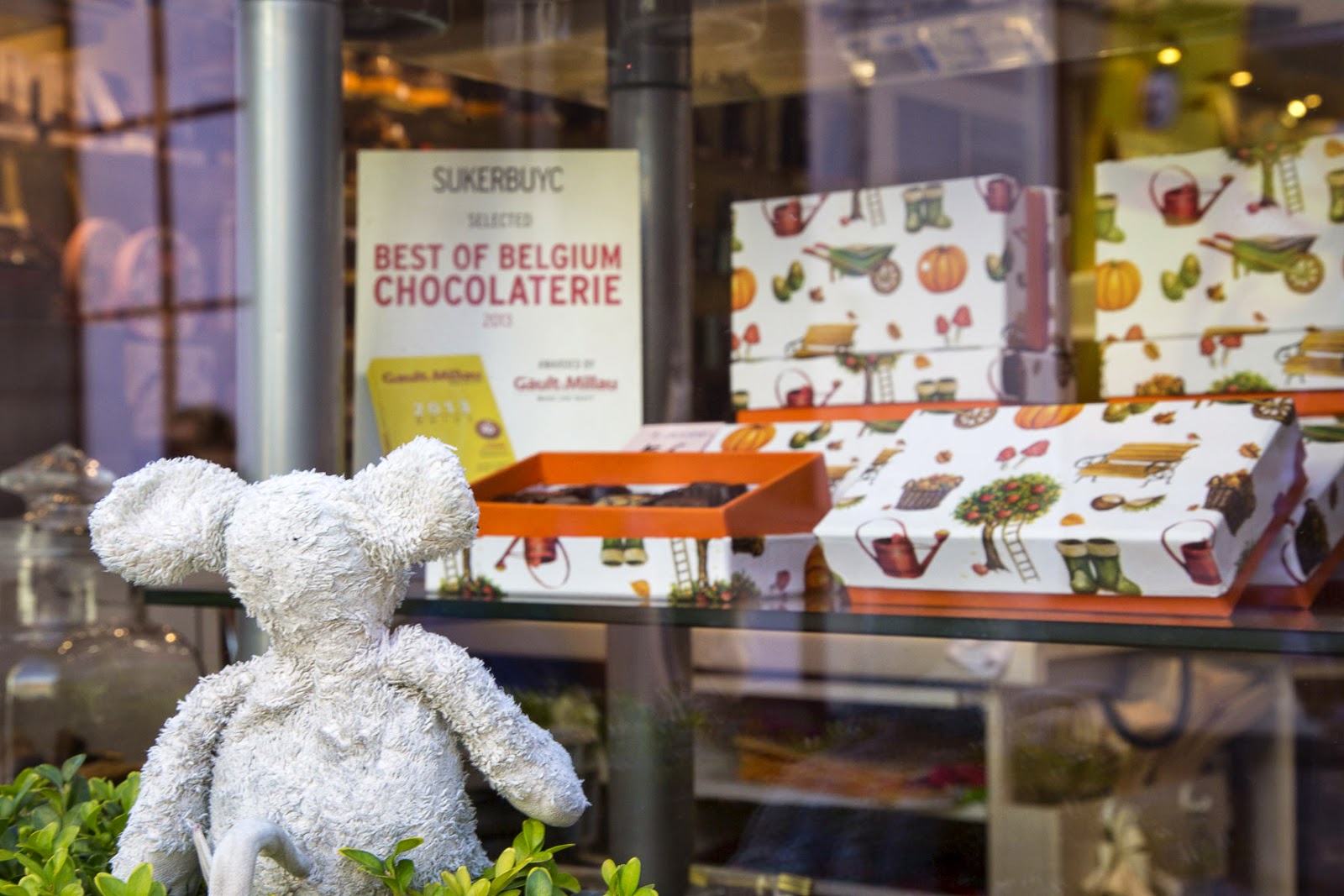 Mouse was very keen to get stuck in to his favourite sweet treat but after a quick lunch of the most delicious chocolate he had ever tasted he was ready to have a good look around this lovely historic city. 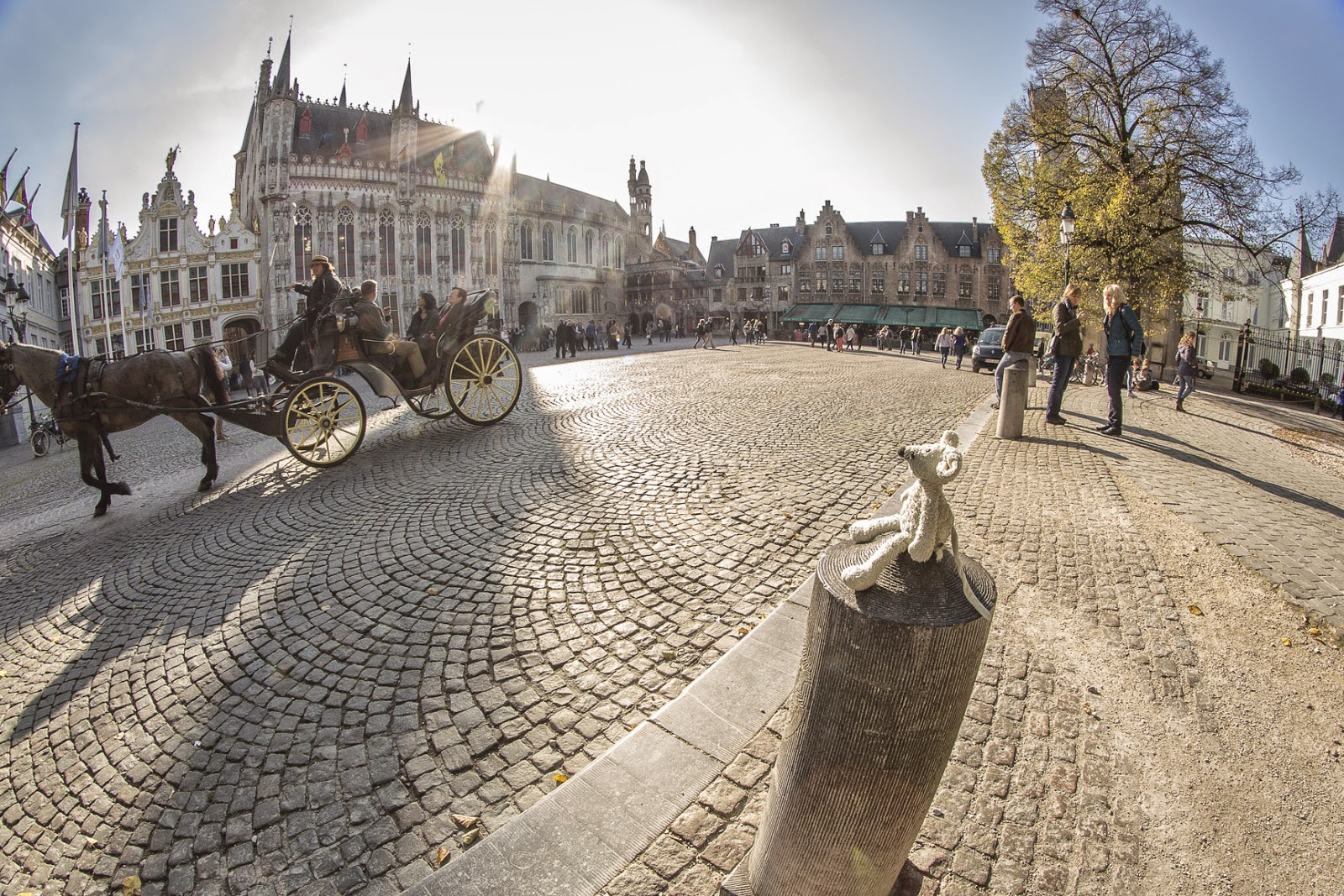 The city was filled with the comforting sound of horses hooves on the cobble stones and Mouse decided that this would be a great way to see what else it had to offer a well traveled rodent.

There were so many historic buildings to see and Mouse had a lovely tour around. 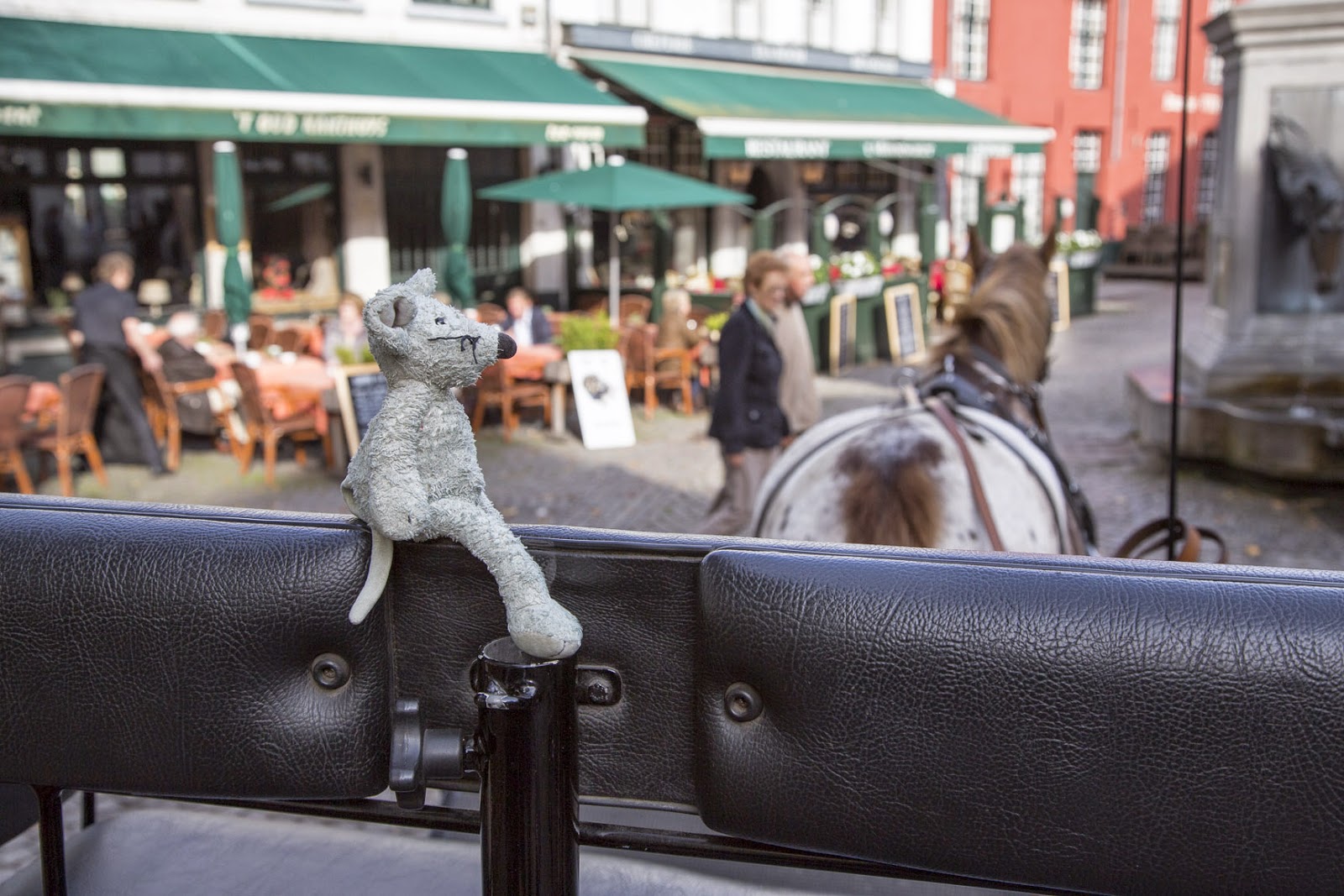 It did get a bit cold after a while but fortunately the carriage owner was well prepared. 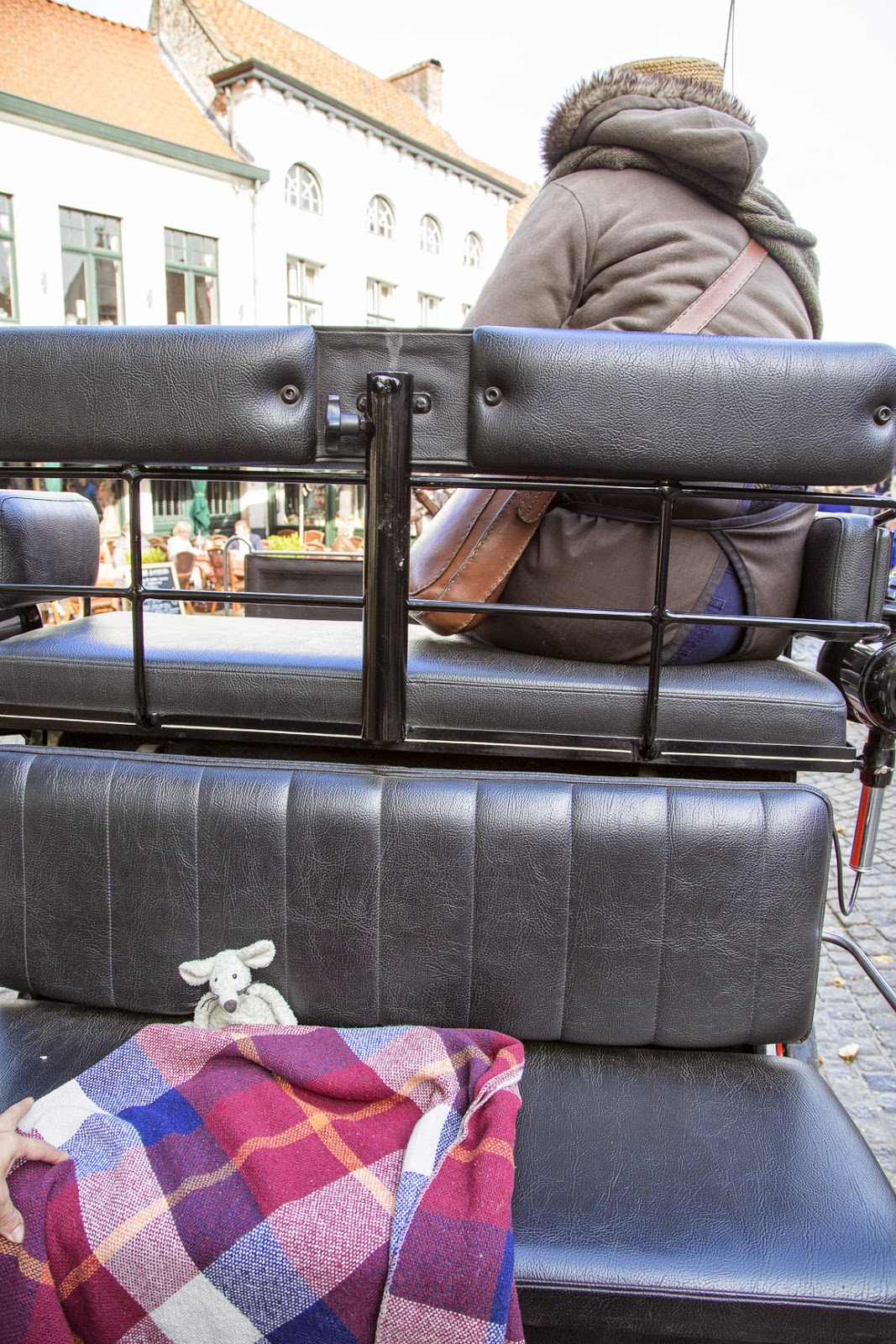 The carriage driver was so knowledgeable about the city and gave Mouse some great ideas of things to do while he was visiting.  Mouse had no idea but apparently Belgium isn't just famous for chocolate, it is also well known for making the finest Beer in the world.  This he had to try out so he hopped off the carriage and went off to find a cafe for a beer. 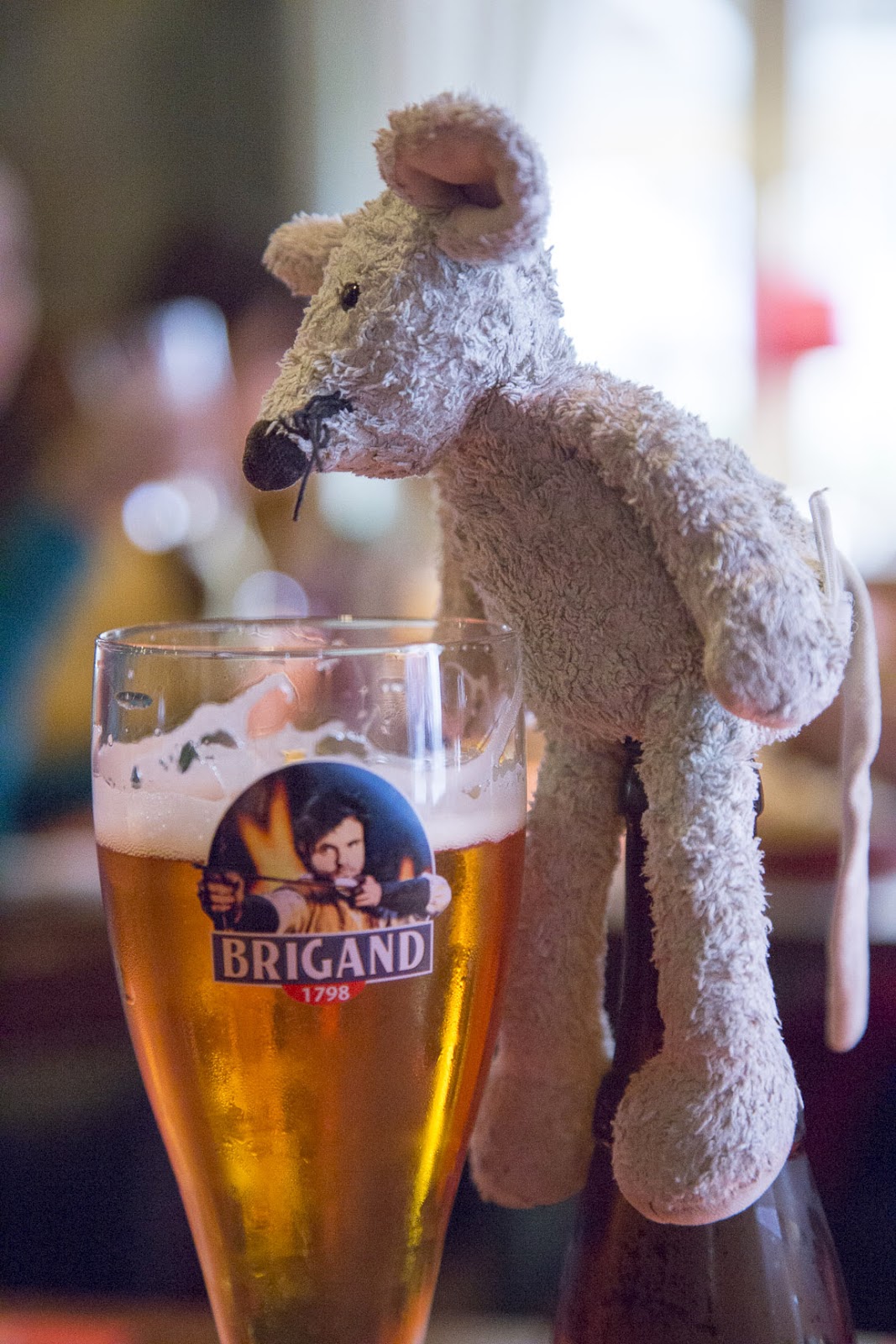 He couldn't believe it, the beer was amazing and there was just so many to choose from.  He wanted to try them all but they are also very strong. 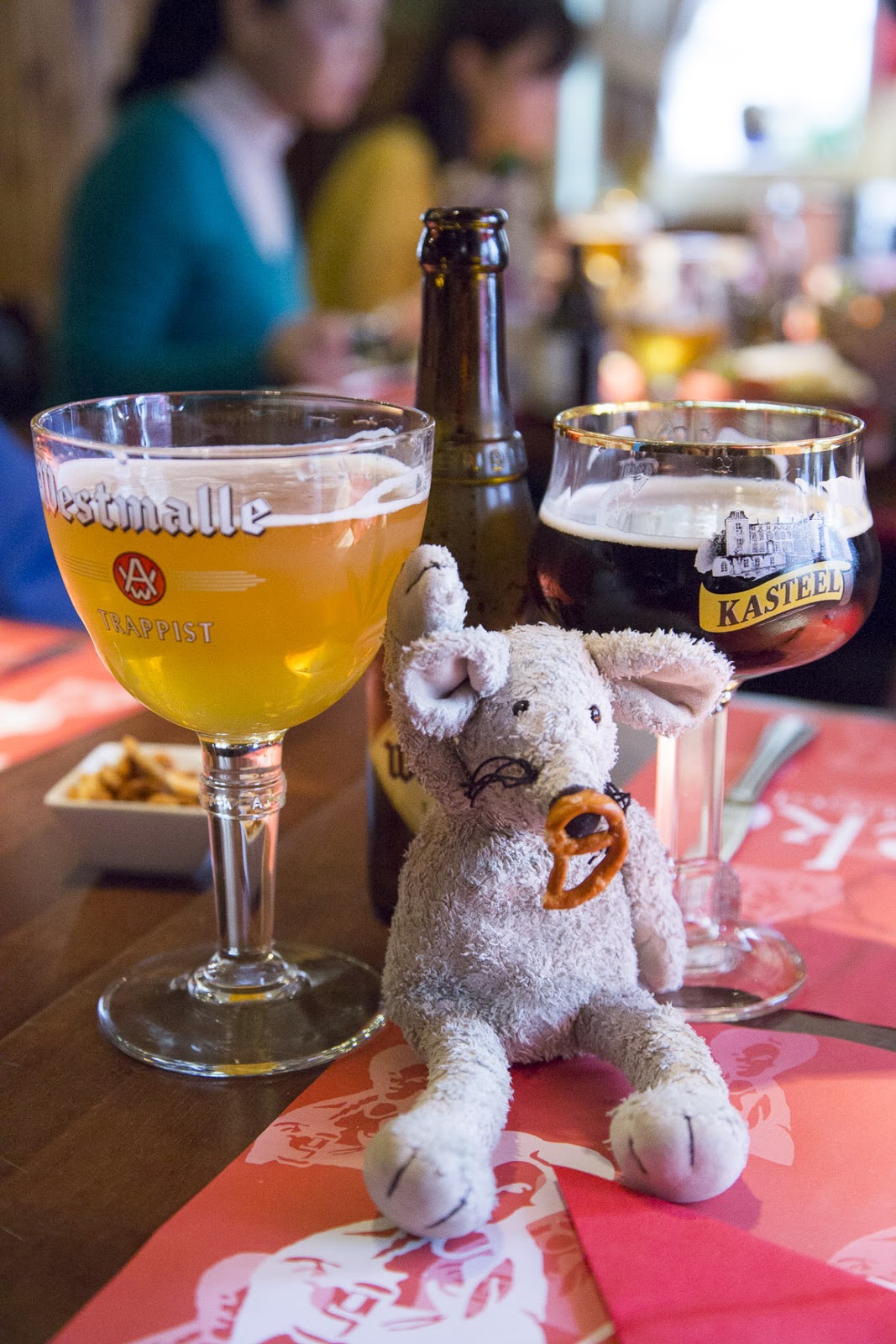 It was a good job they had some pretzels to go with it.  But Mouse was soon feeling very sleepy so went off to his hotel to get rested before another day exploring tomorrow.

Mouse woke up with a bit of a sore head.  That beer really was strong.  So he needed to get a good breakfast before doing anything else.  Imagine Mouse's surprise when he realised that Belgium is also famous for Waffles, and you can have them for breakfast!! 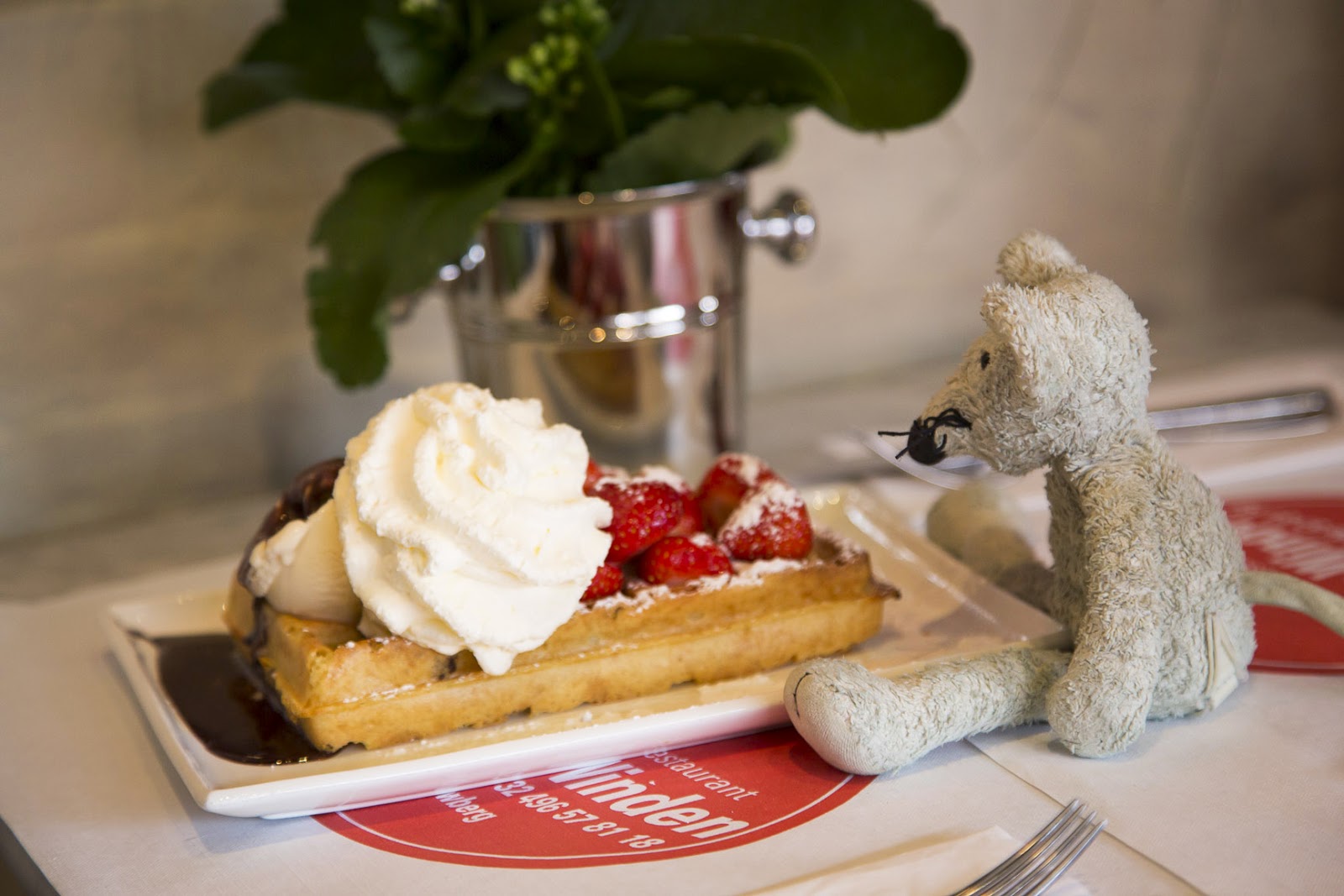 The first thing on Mouse's list for the day was to see the canal that weaves it's way across the city. 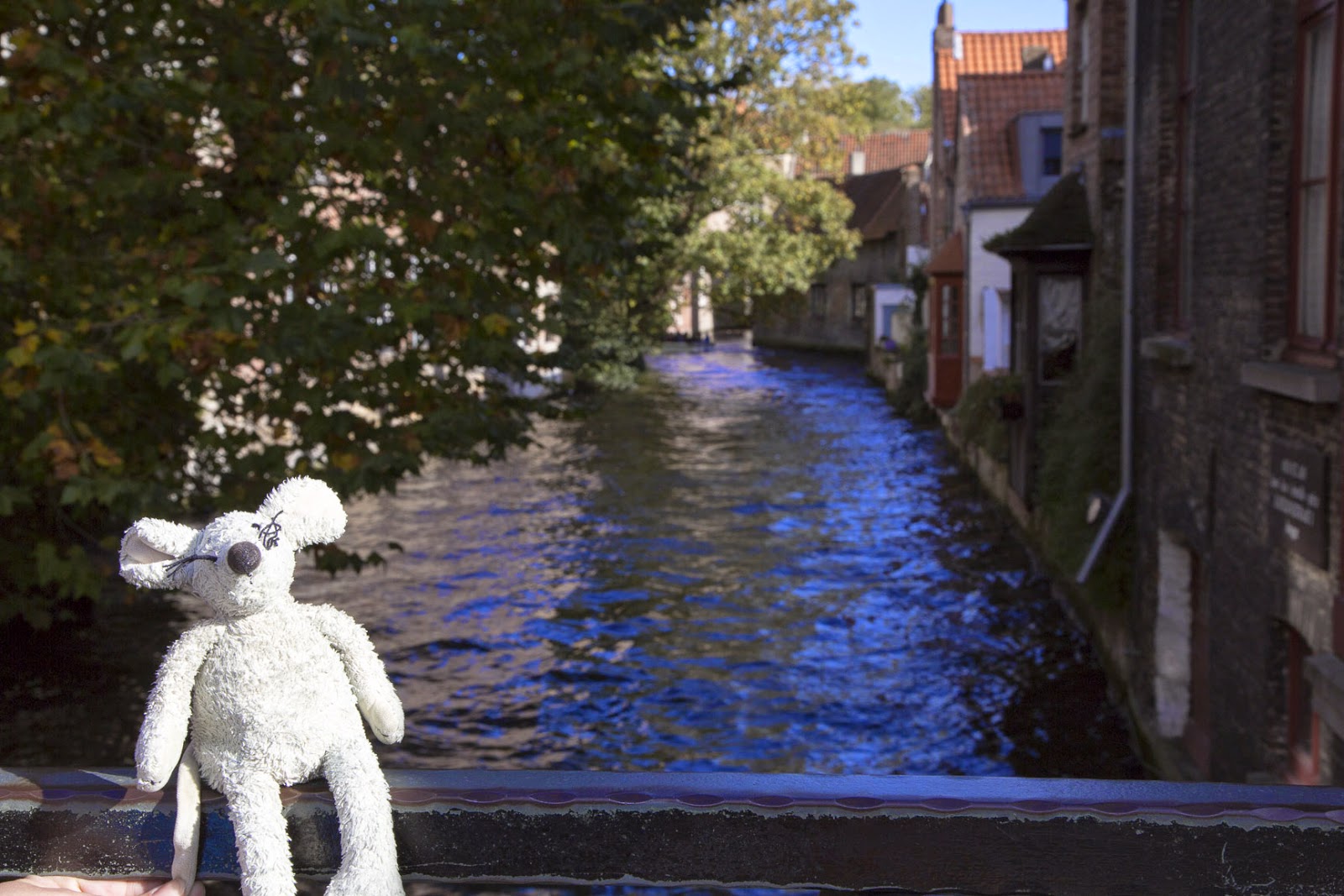 It was beautiful so he decided to take a boat trip to see the city from water level. 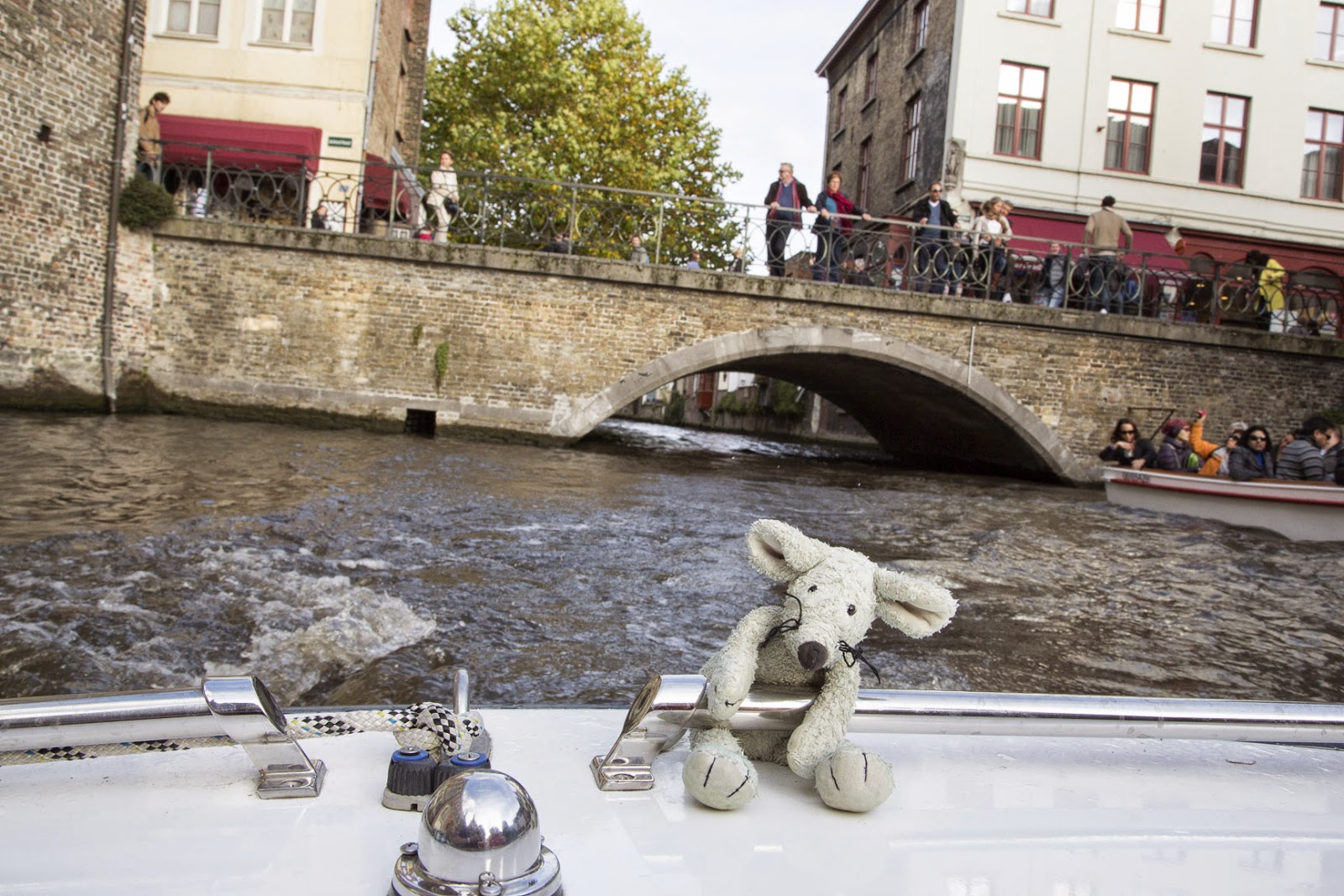 After the boat trip Mouse was getting peckish again so he went looking for a snack.  He came across a shop that not only sold Belgian chocolate but also the widest selection of marzipan that you could imagine.  He opted for Banana Split flavour. 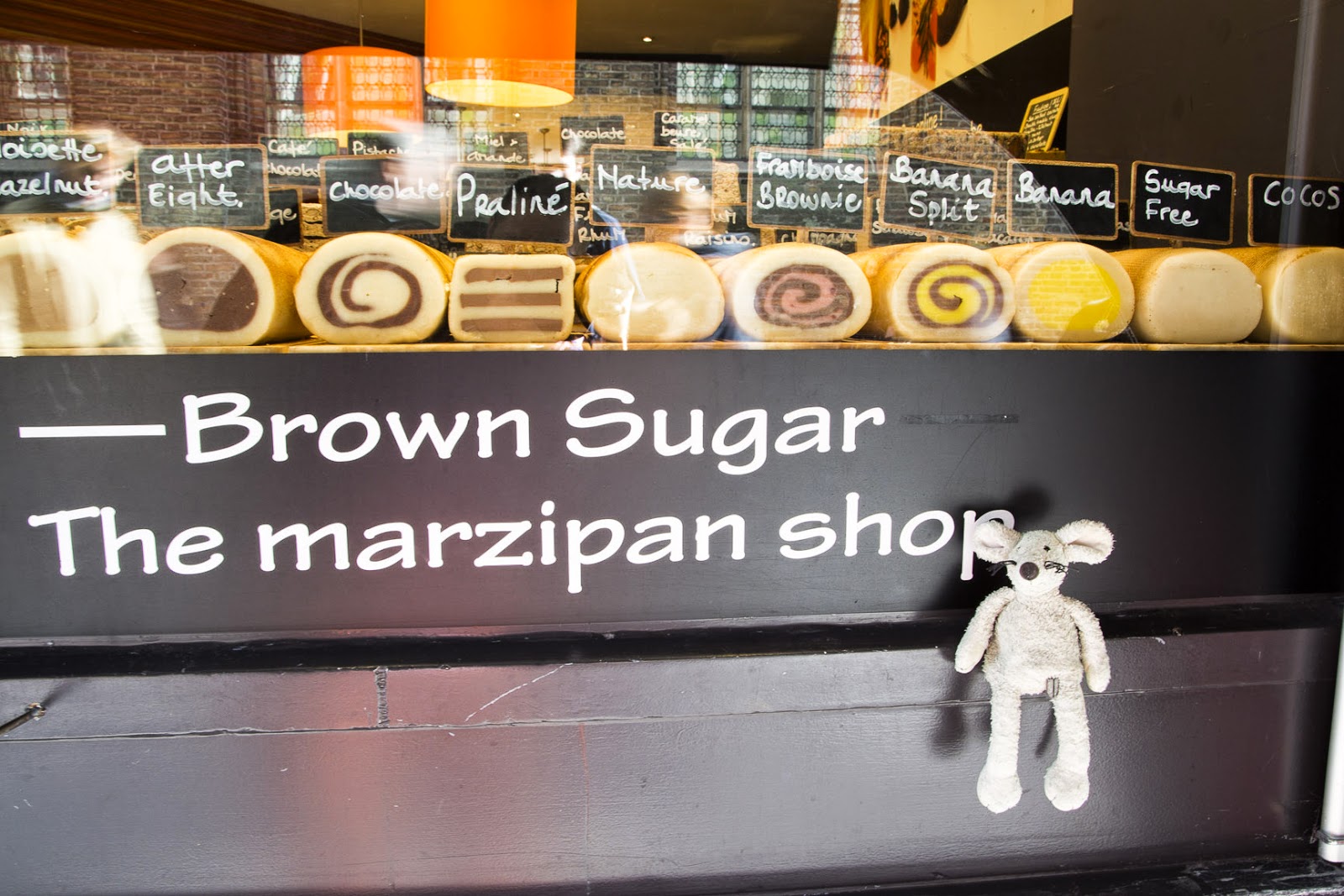 Next on his list was to see how Belgian chocolate is made so it was off to the Chocolate Museum for a demonstration. 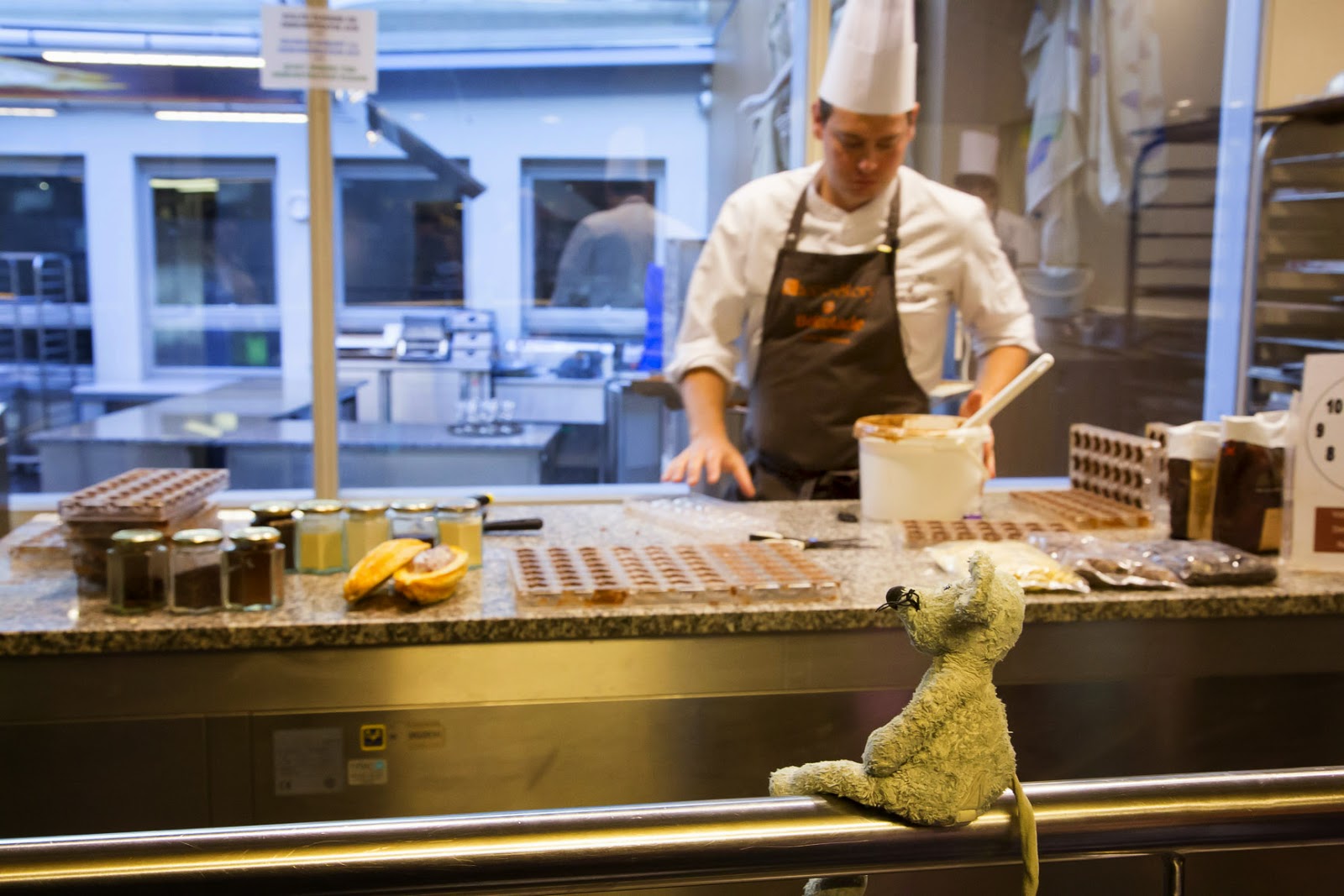 The chocolatier made it look so easy but Mouse knew it had taken him years to perfect the art of making the finest chocolates.  There was of course free samples to be had but all that chocolate had made Mouse super thirsty so he simply had to head off to try some more of that delicious Belgian Beer.

Mouse found a place that sold over 400 different beers.  So many that it took an entire wall to display them and every single beer has it's own special glass that it is served in.  A Belgian would never serve a beer in the wrong glass. 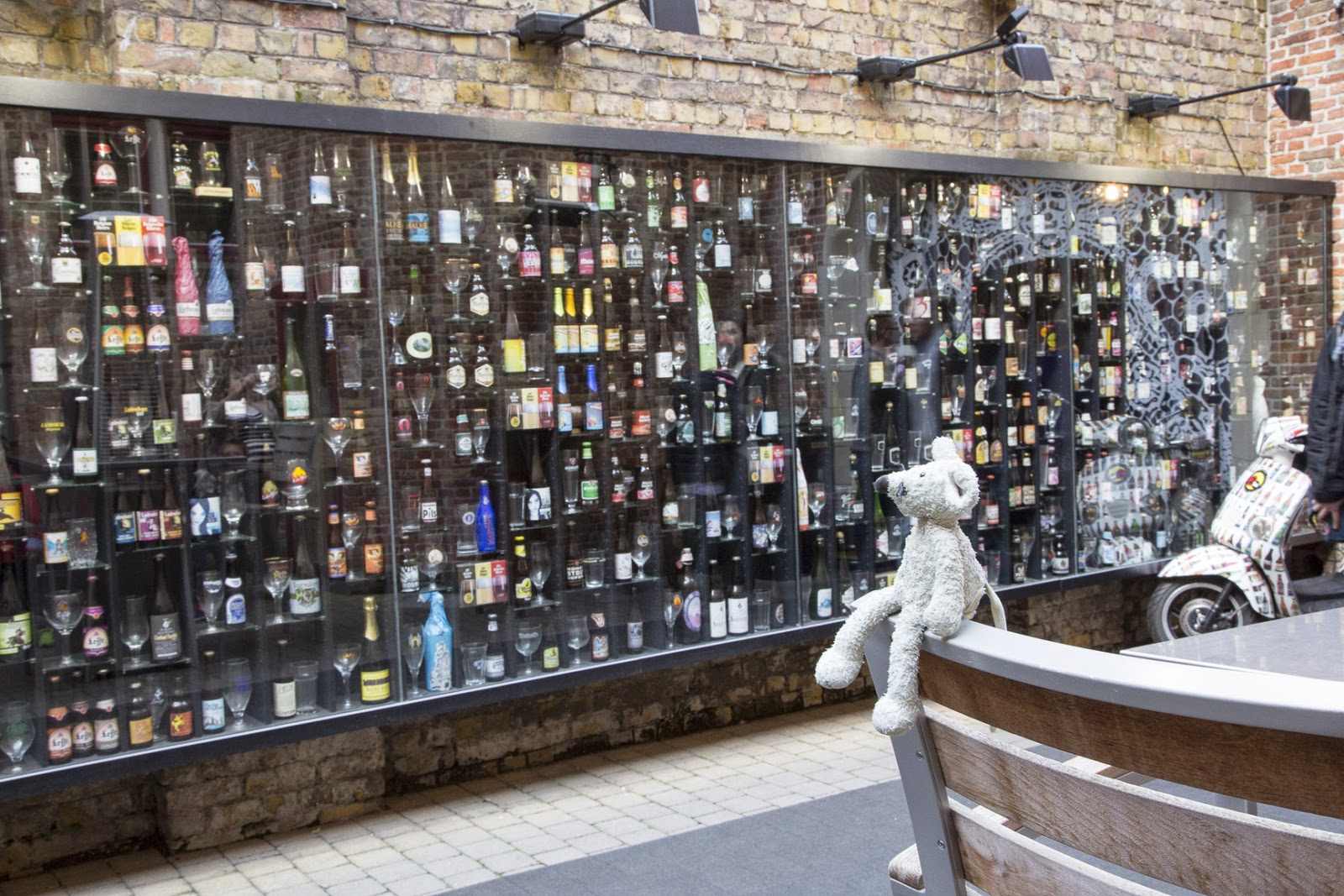 Mouse knew that he wouldn't get to try them all but this place sold a trial set of 4 small beers so he though that would be a good idea. 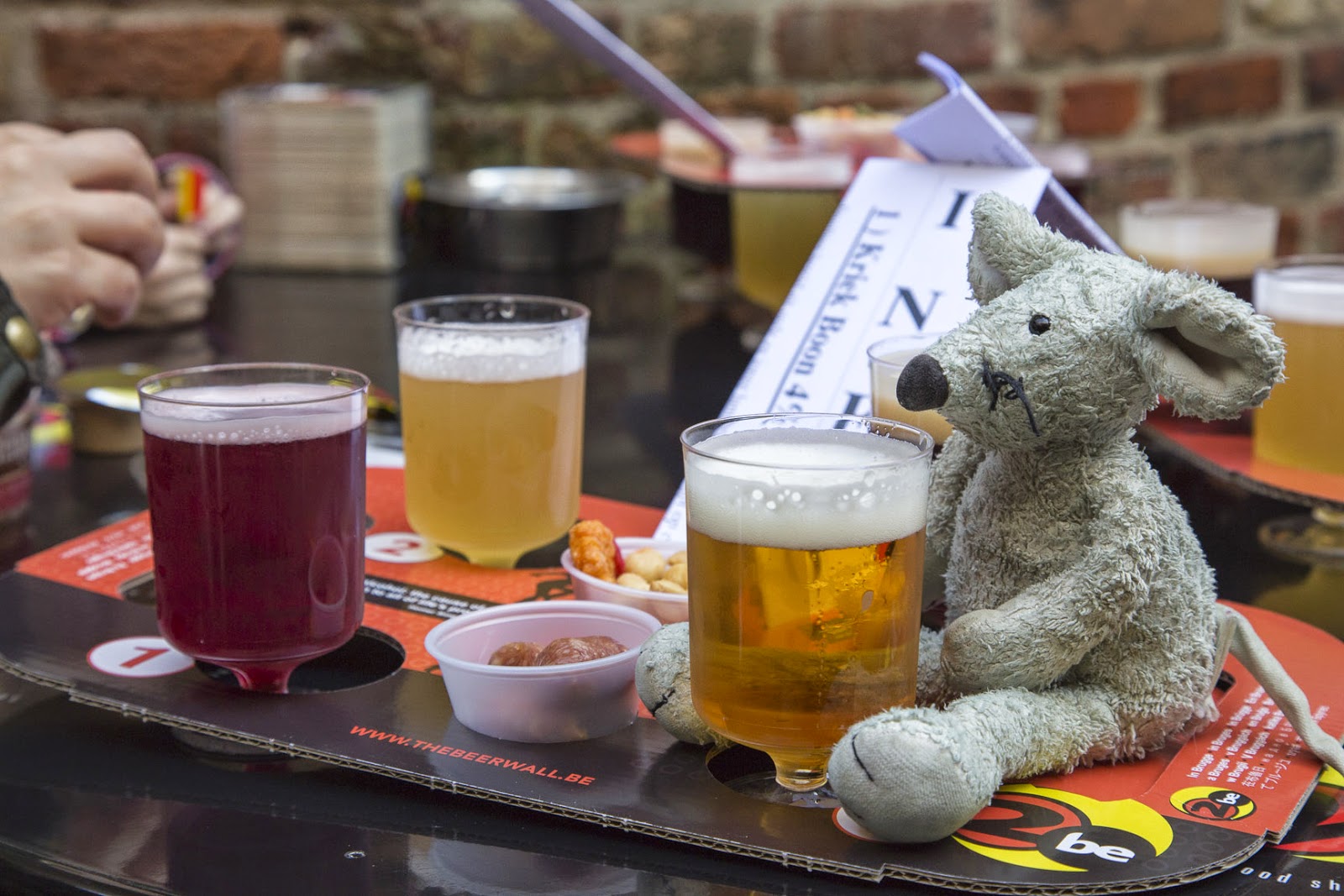 Each beer came with an information sheet that told you all about it and how it is made.  It was very interesting and one of the beers was even made with cherries.  To Mouse's pleasure it also came with some nibbles of salami and nuts.

The best surprise for Mouse though was when he found out that it is quite normal in Belgium to eat cheese when drinking beer.  Now he really was in heaven. 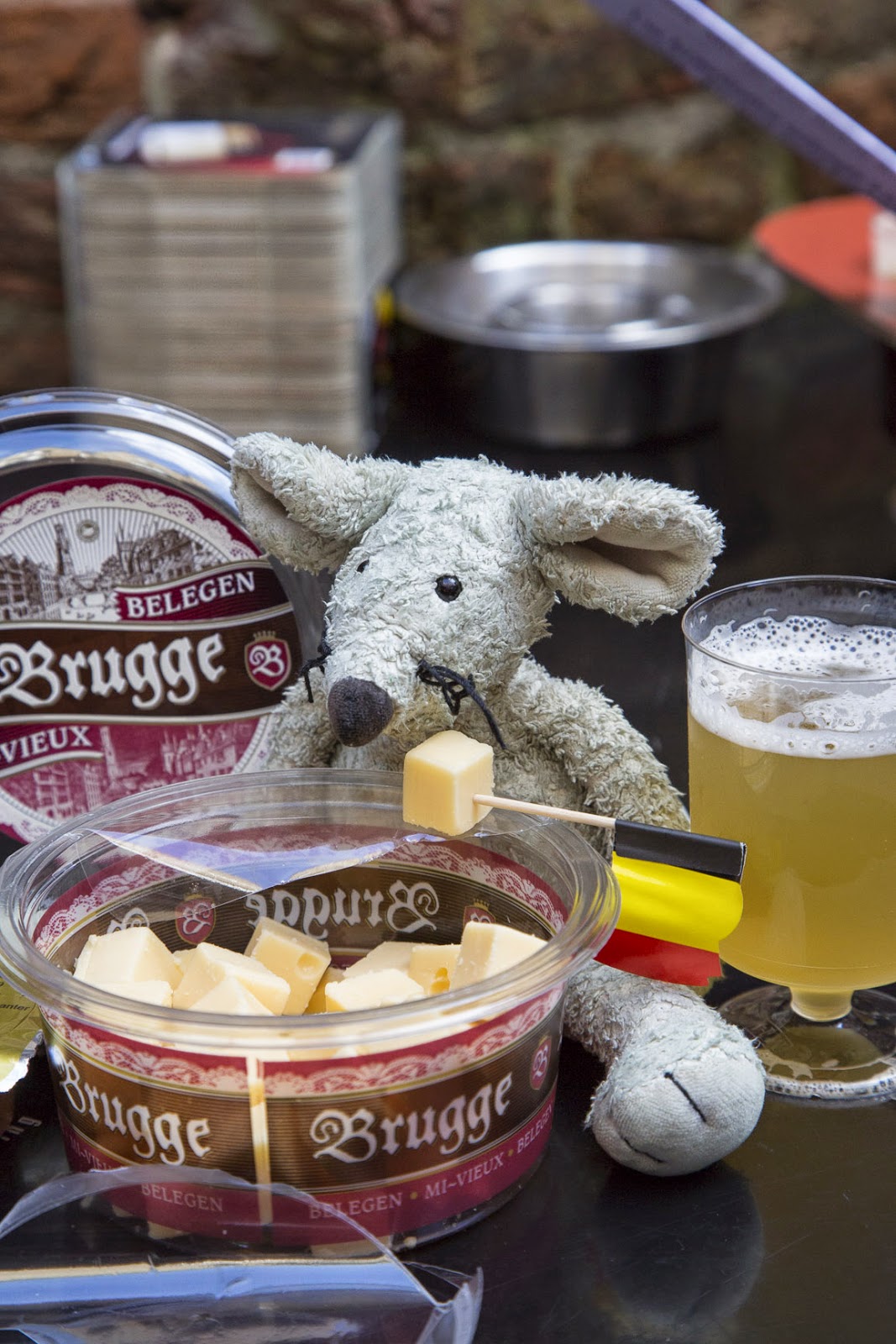 Mouse had a truly wonderful time in Bruges but unfortunately he had to be up early the next day to travel home.  One thing is for sure though........the Land of Beer and Chocolate is right at the top of Mouse's list of favourite places.

Mouse hopes you enjoyed this adventure and he will be back soon for another one.  Why not sign up HERE to the Where The Heck Is Mouse? newsletter so that every adventure is delivered direct to your inbox.
Posted by Steve Webb at 21:00 No comments: