Mouse has been having fun preparing for Easter by making the best Easter Bonnet there has ever been. 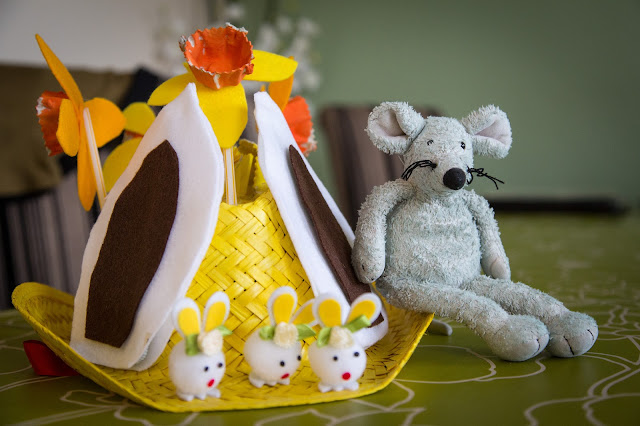 He has also been growing spring flowers to brighten up the window ledge. 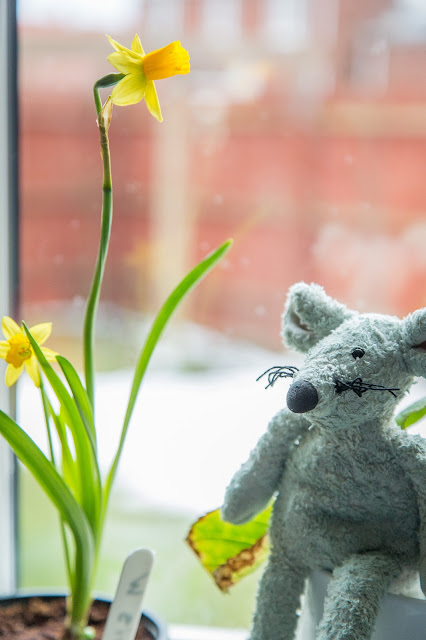 Mouse woke up early this morning and couldn't wait to see if the Easter Bunny had paid him a visit.  He quickly grabbed his basket and went on the hunt for clues.  He found the first clue and was soon off on the trail, hunting down any delicious goodies that the Easter Bunny had dropped for him. 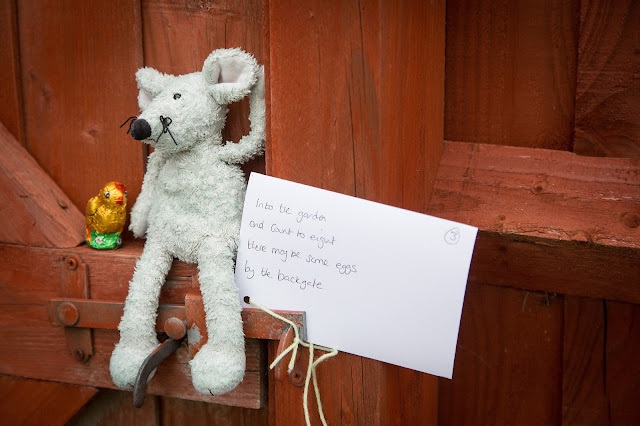 The Easter Bunny had certainly been busy and had Mouse running all over the garden solving clues and collecting goodies. 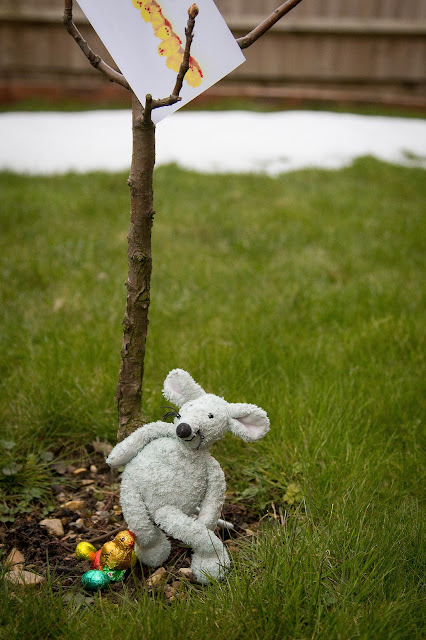 There was even some chocolate to be found on the car! 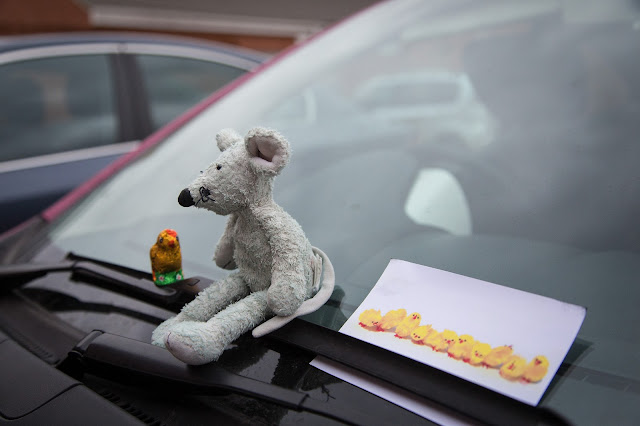 Mouse was so pleased with his haul of chocolate that he got a bit silly and decided to climb into his basket with all the eggs. 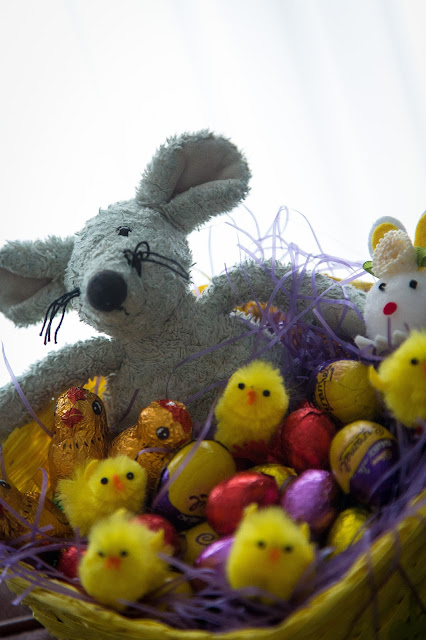 He soon realised that this wasn't such a good idea though as those easter Chicks can be a bit lively. 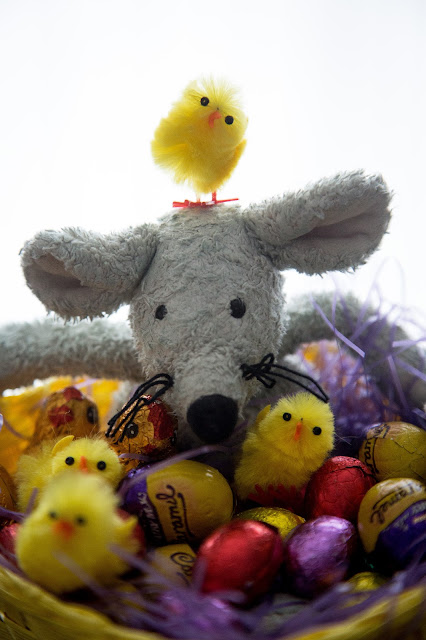 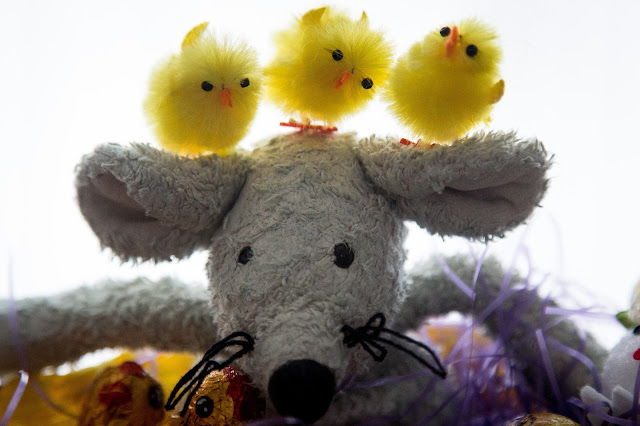 So he decided to get rid of some of the stockpile by eating it. 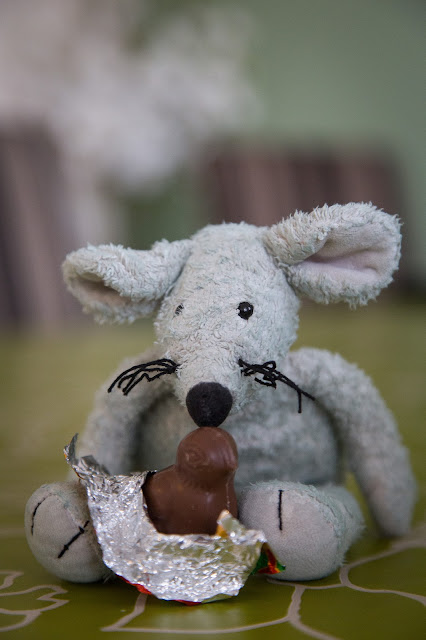 The problem is, Mouse is just like any excited rodent at Easter and just doesn't know when to stop.  He was soon feeling a little sick and had to have an egg cup ready in case of emergency. 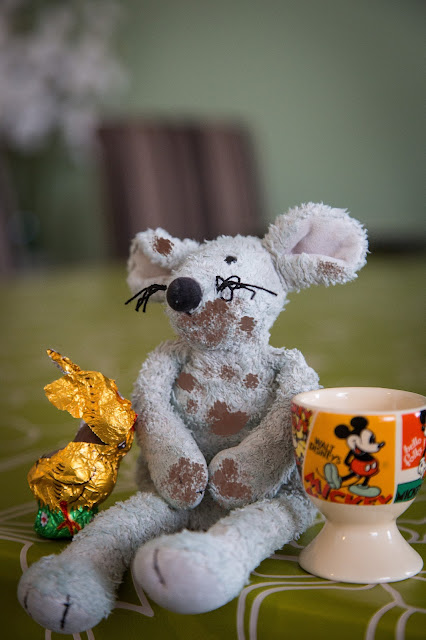 The sick feeling didn't last too long though and certainly hasn't put Mouse off the taste of chocolate.  However, sense got the better of him and he decided to have a nap before eating any more.  So he laid down, on his chocolate, rested his head, on his chocolate and dreamed............of chocolate. 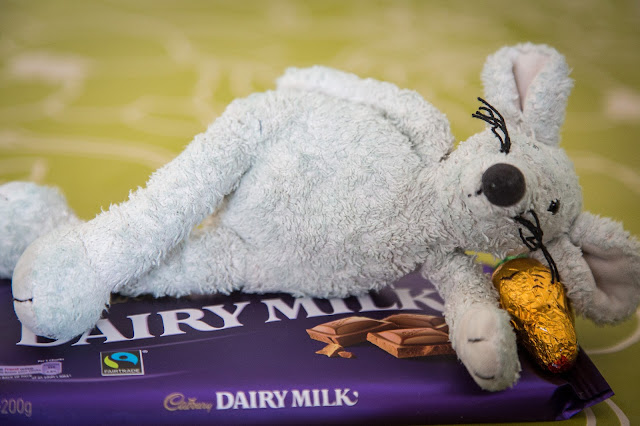 Mouse will be back soon and wishes everyone a very happy Easter.