Anyone out there who has an interest in cycling will not have failed to notice that the Tour de France started recently and luckily for Mouse, this year's Grand Depart consisted of three stages in the UK.

Mouse is a keen cyclist and so he did not want to miss this opportunity of seeing the world's greatest cycle race on home soil.  He therefore packed his suitcase and headed to Yorkshire for another adventure.

He headed out early to try and beat some of the crowds but it seemed that everyone else had the same idea.  The car park was already filling up. 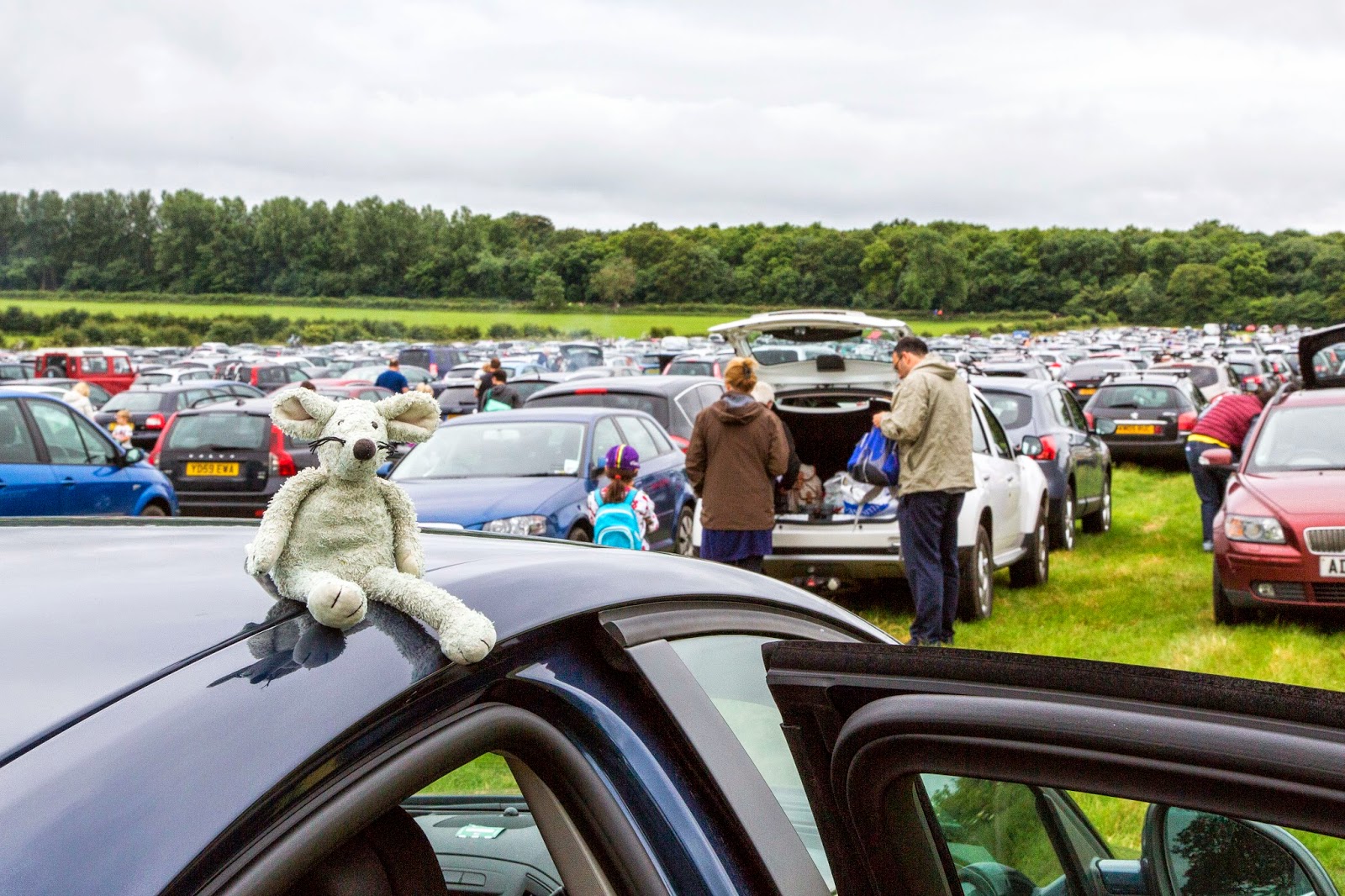 It was quite a long walk for a little Mouse but he eventually arrived at his first planned stop, the Festival of Cycling, which was taking place at the venue where the race would officially be started by some special guests. 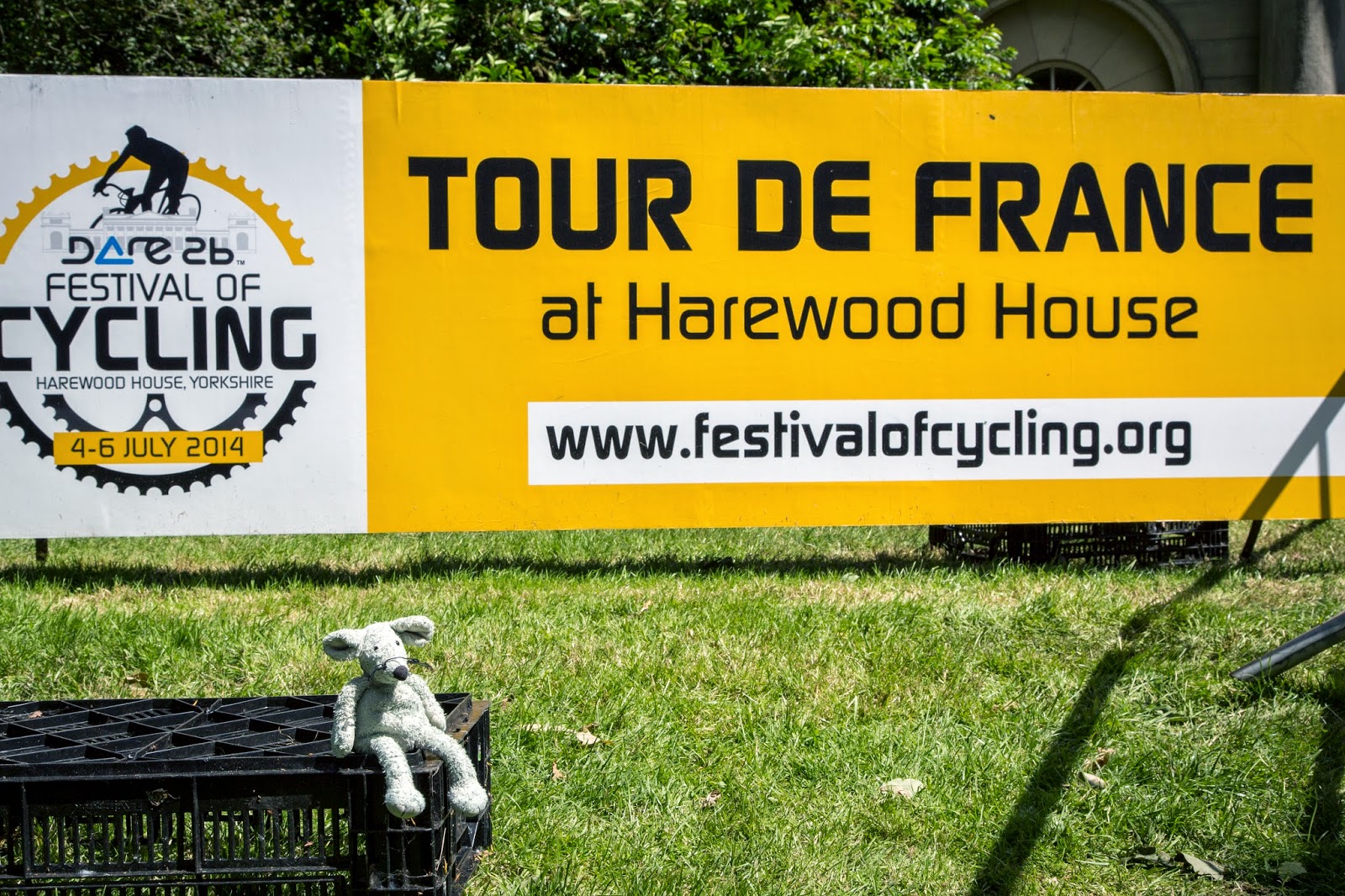 There was a lot going on at the festival and plenty to keep Mouse busy until the race was due to start. 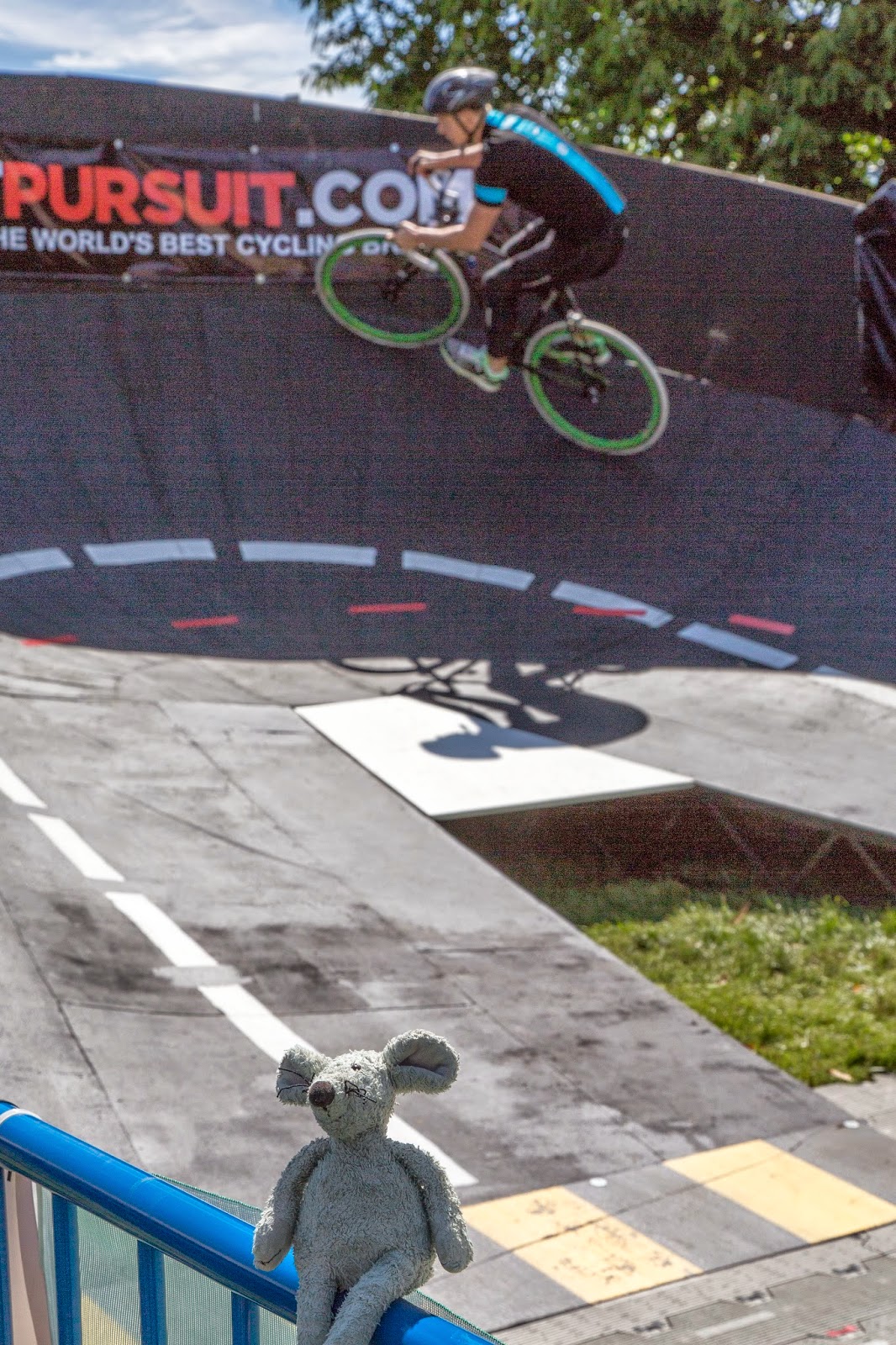 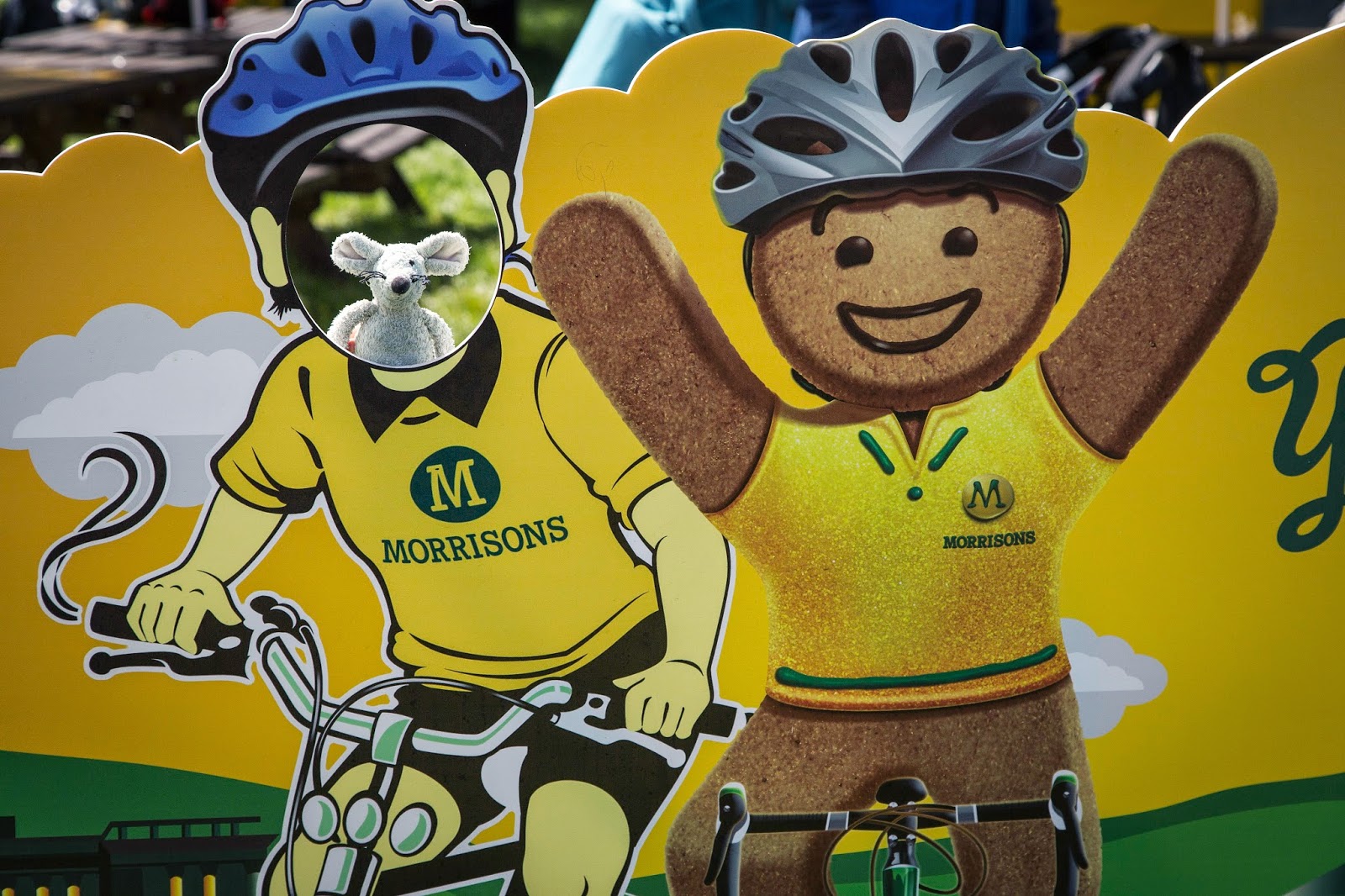 After a while Mouse was getting curious who the special guests were going to be but he didn't have to wait very long to find out.  The Royal Helicopter buzzed past overhead and a few moments later landed right near where Mouse was standing.  The special guests were none other than Their Royal Highness' Prince William, his beautiful wife Kate Duchess of Cambridge and Prince Harry too. 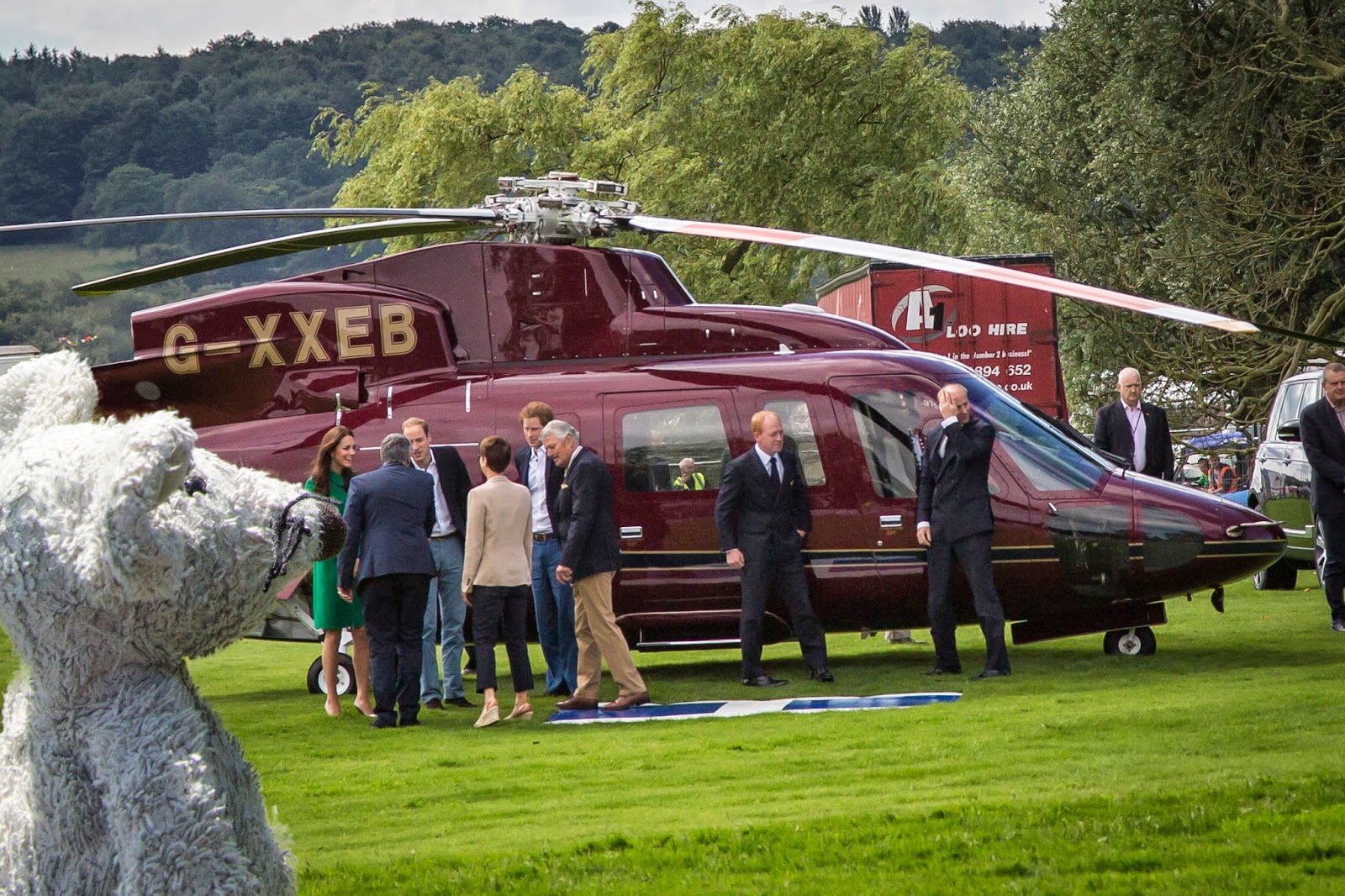 It was soon time for the race to start and the cycling teams started to arrive.  Unfortunately it was so busy with people that Mouse struggled to see the cyclists but all was not lost because he did have a wonderful view of the Royal Air Force Red Arrows who did a flypast to mark the start of the race. 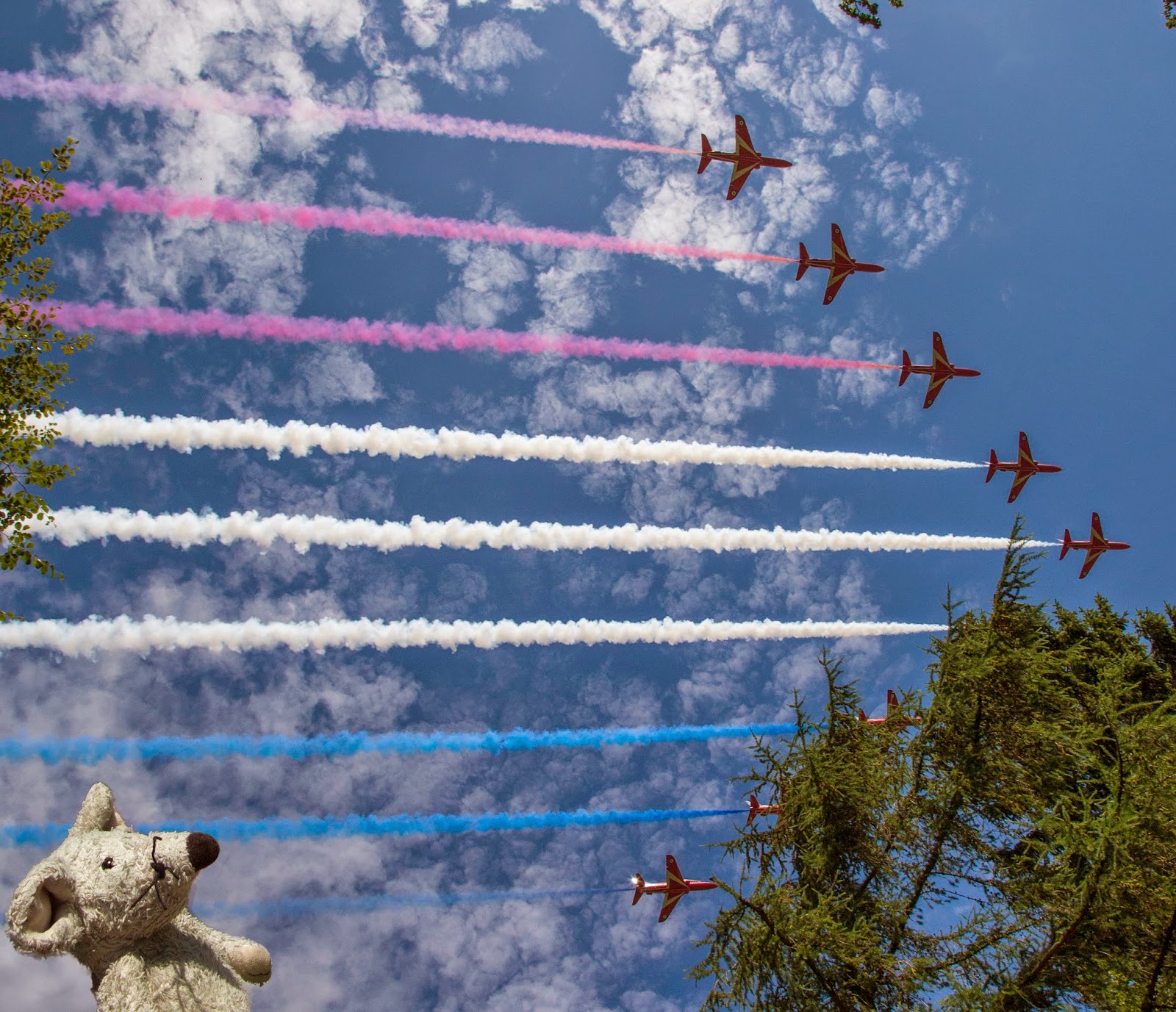 After the race had left Mouse headed back to his hotel to plan the following day and try to make sure that he had a good view of the cyclists this time. 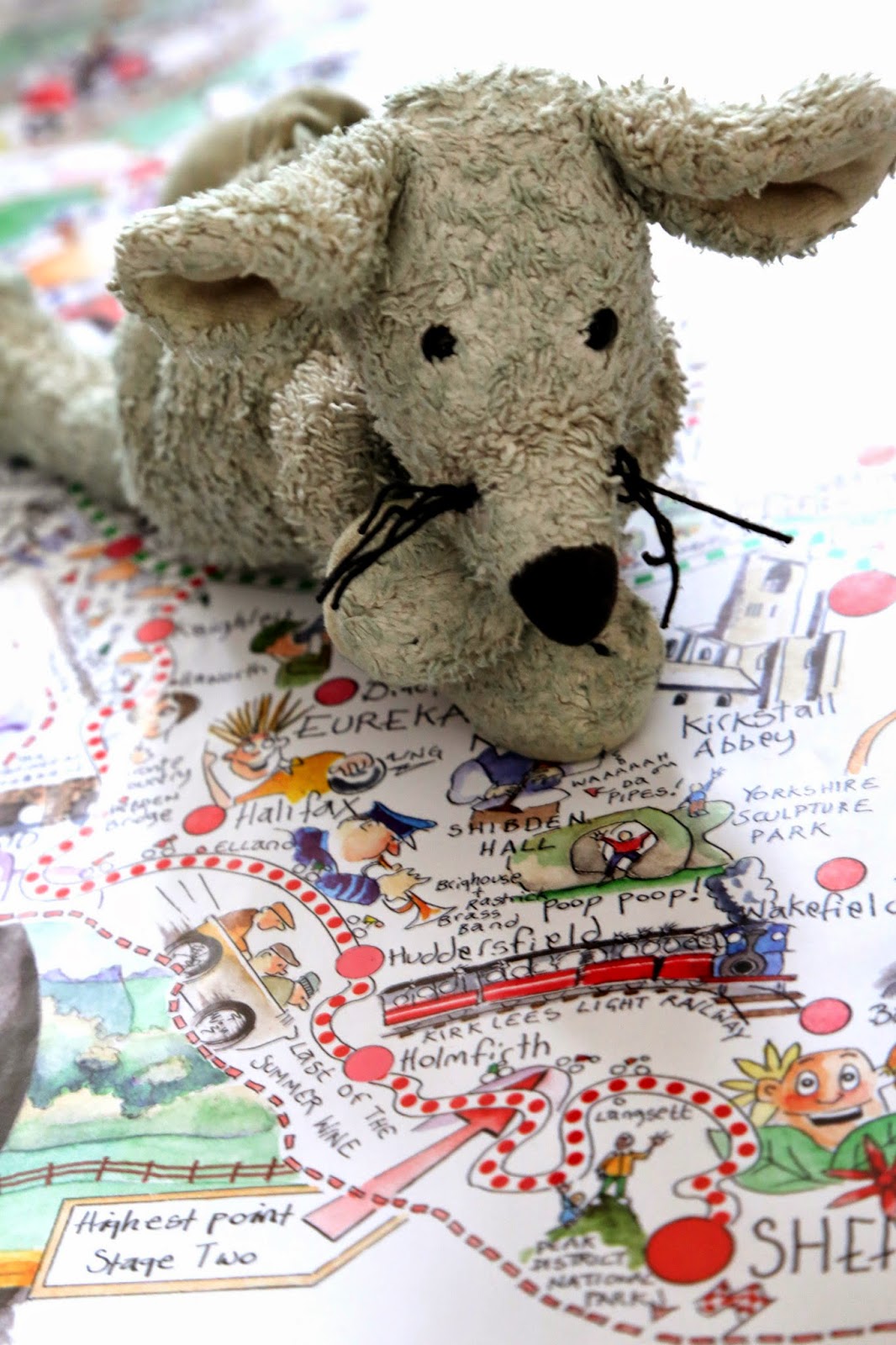 Mouse decided that Holmfirth would be a good place to see stage 2 of the race so he went to bed early so that he could leave in plenty of time a get a good viewing spot.

Mouse was up an out of his hotel super early and this time he made sure that he had one of the best viewing spots available.  There was even a wall so that he could see over the top of people.  Now all he had to do was wait the 8 hours until the race passed through. 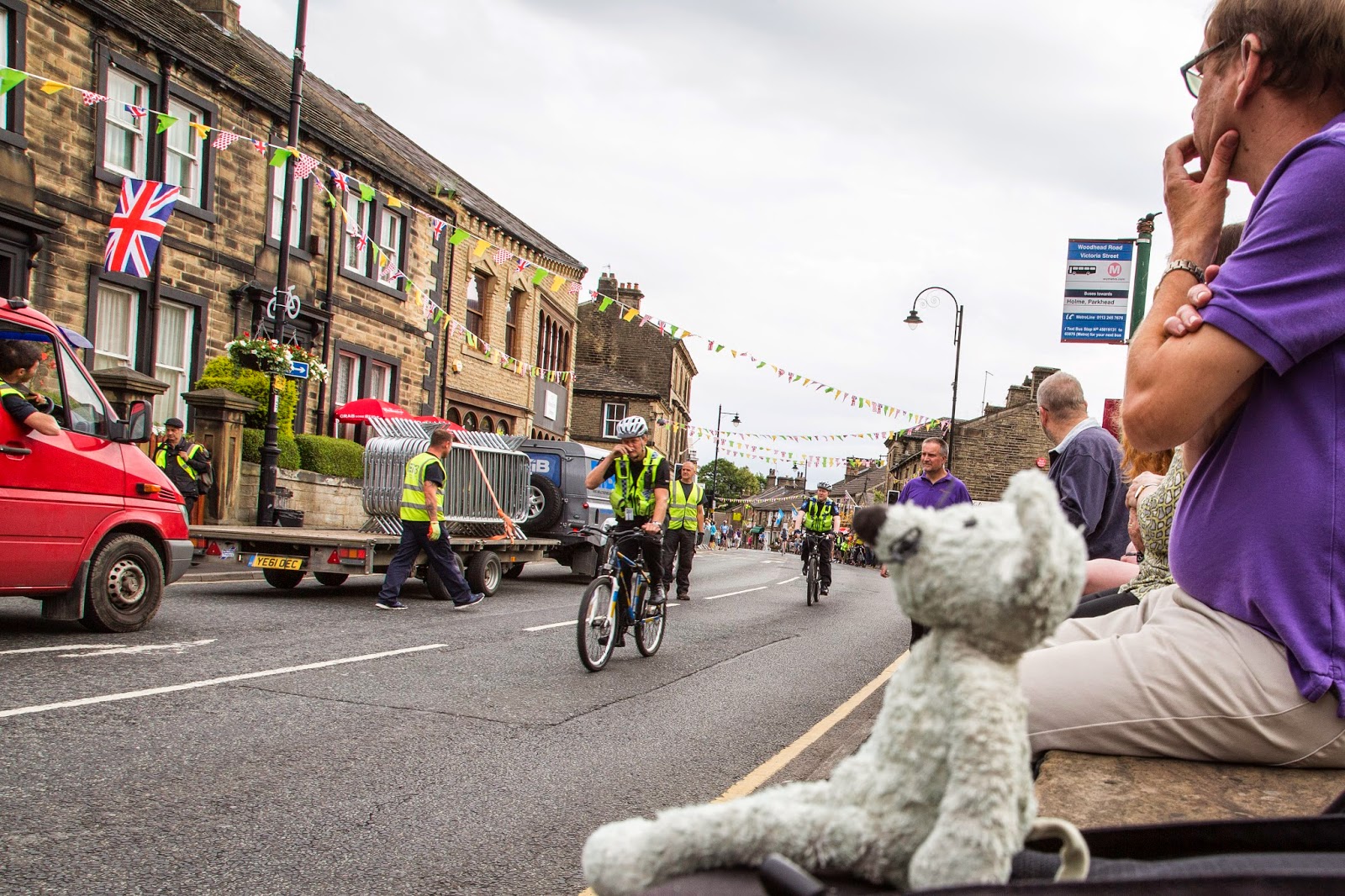 Luckily there were some friendly people around who saved Mouse's place when he wanted to stretch his legs.  There was cycling related things everywhere, even a spotty bike. 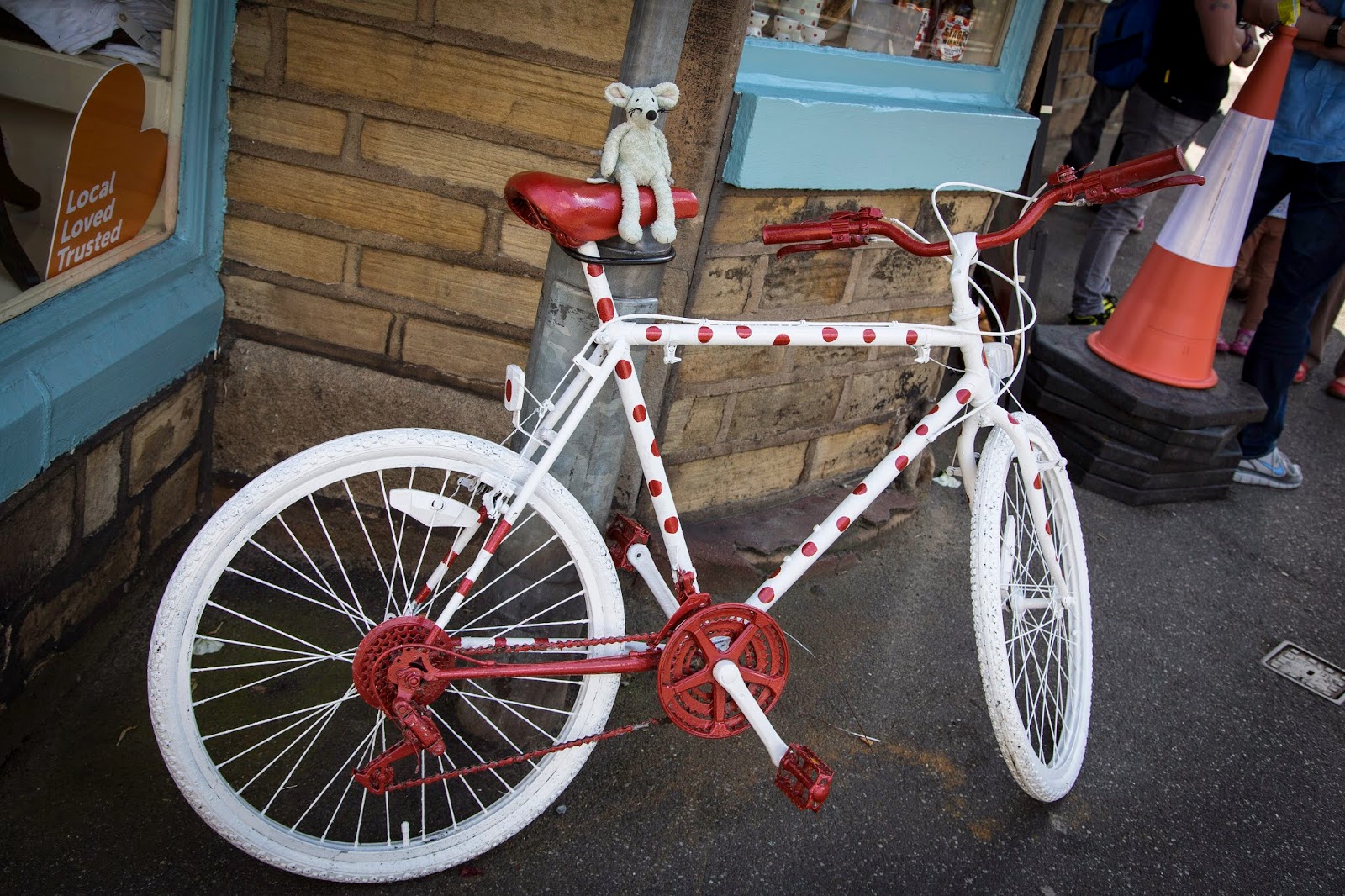 It was well worth the wait when the race finally did arrive, Mouse has a great view and even managed to recognise his favourite rider Chris Froome. 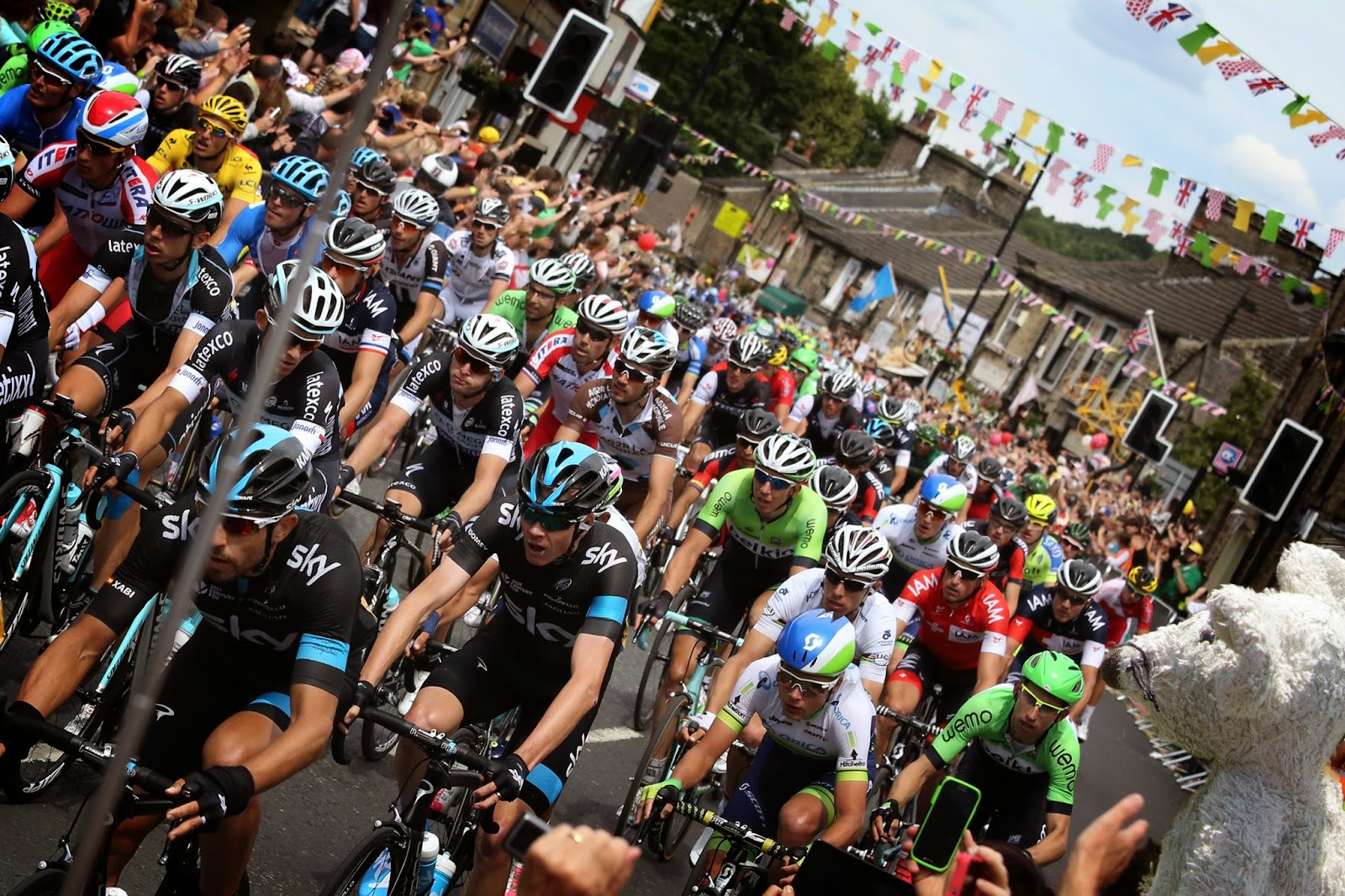 It was all over in a flash and Mouse was sad that he had to start his long journey home.  Fortunately the traffic was not too bad and Mouse got back home in time to see the highlights of the day's race on TV. 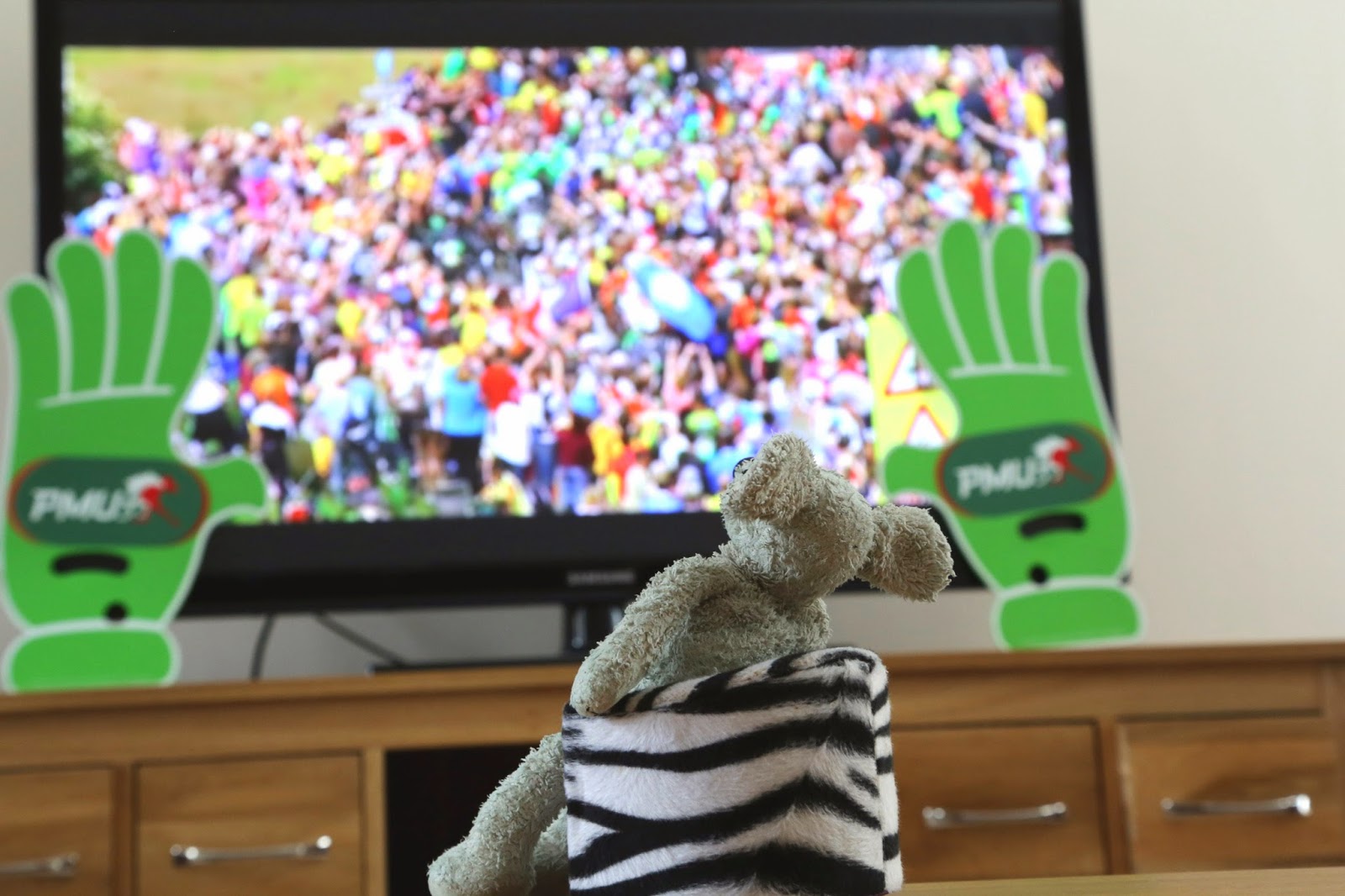 He couldn't believe the amount of people that had turned out to see the race all over Yorkshire.  What a fantastic way to start the Tour de France on only it's fourth ever visit to the UK.

After the highlights, Mouse wanted to look at all of the nice things he had bought while he was away.  His biggest decision was whether to have a drink of his Stage Winner Ale or the special box of Yorkshire Tea. 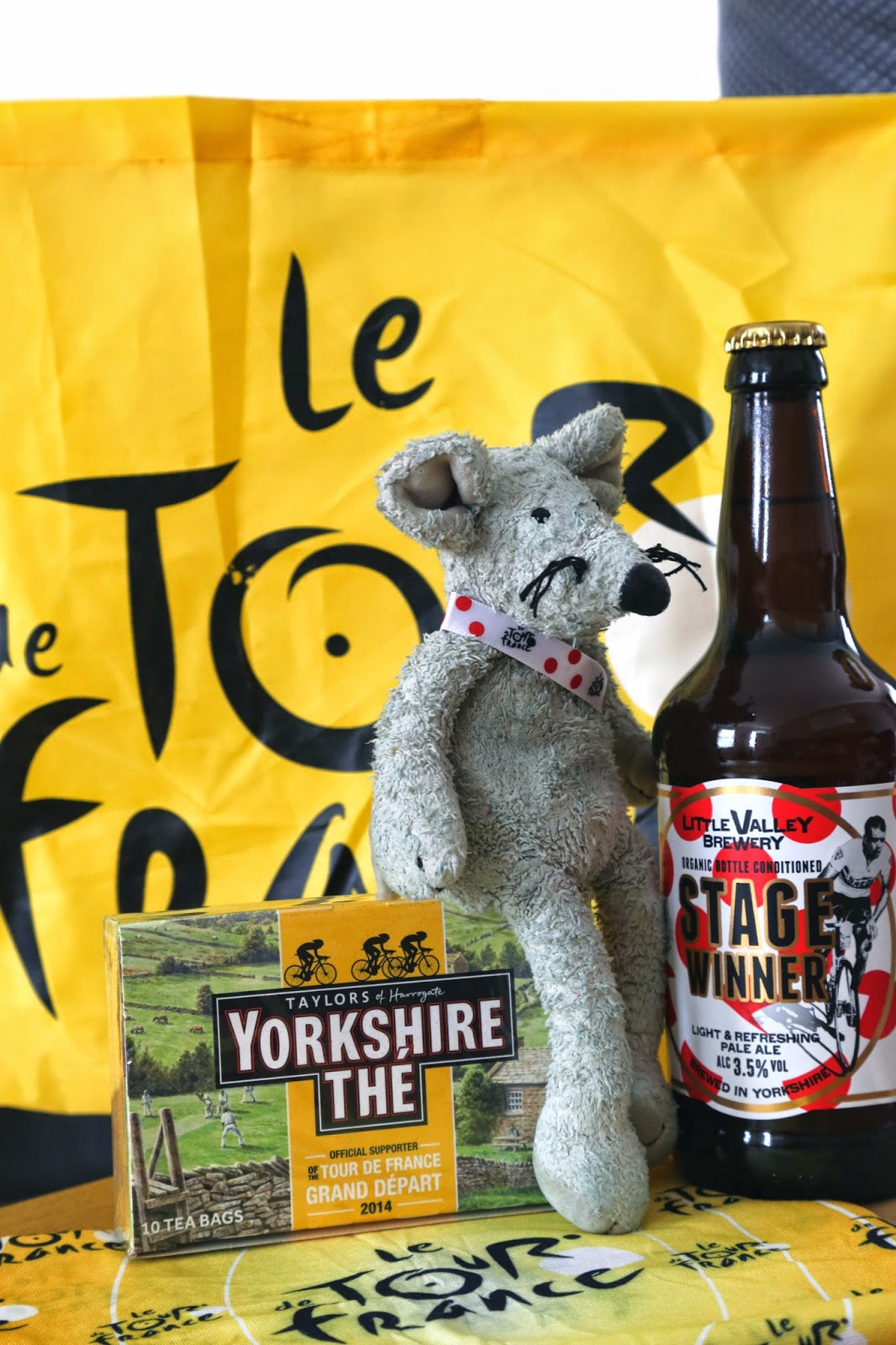 He opted for a nice warm mug of tea and sat there admiring his goodies. 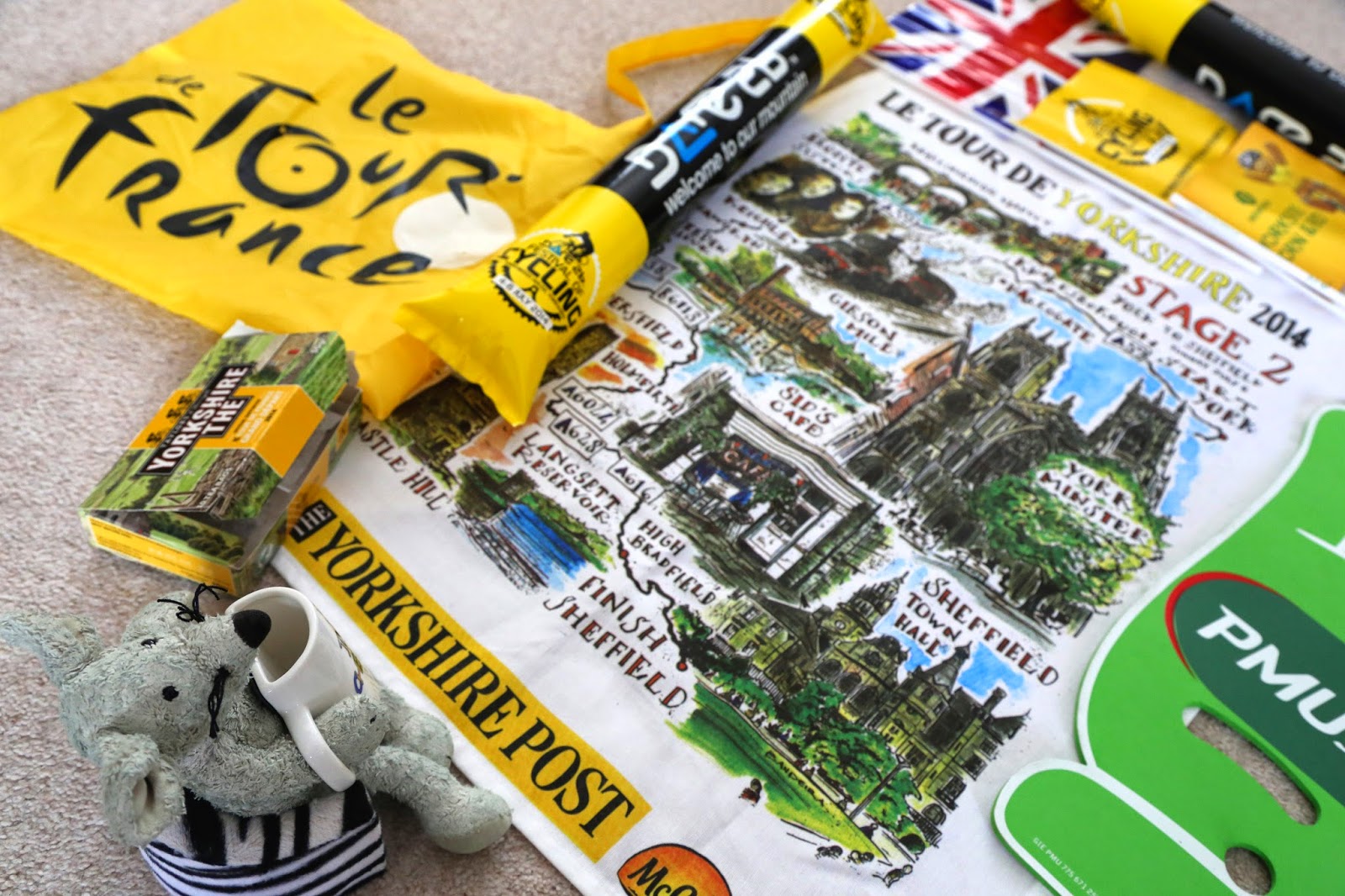 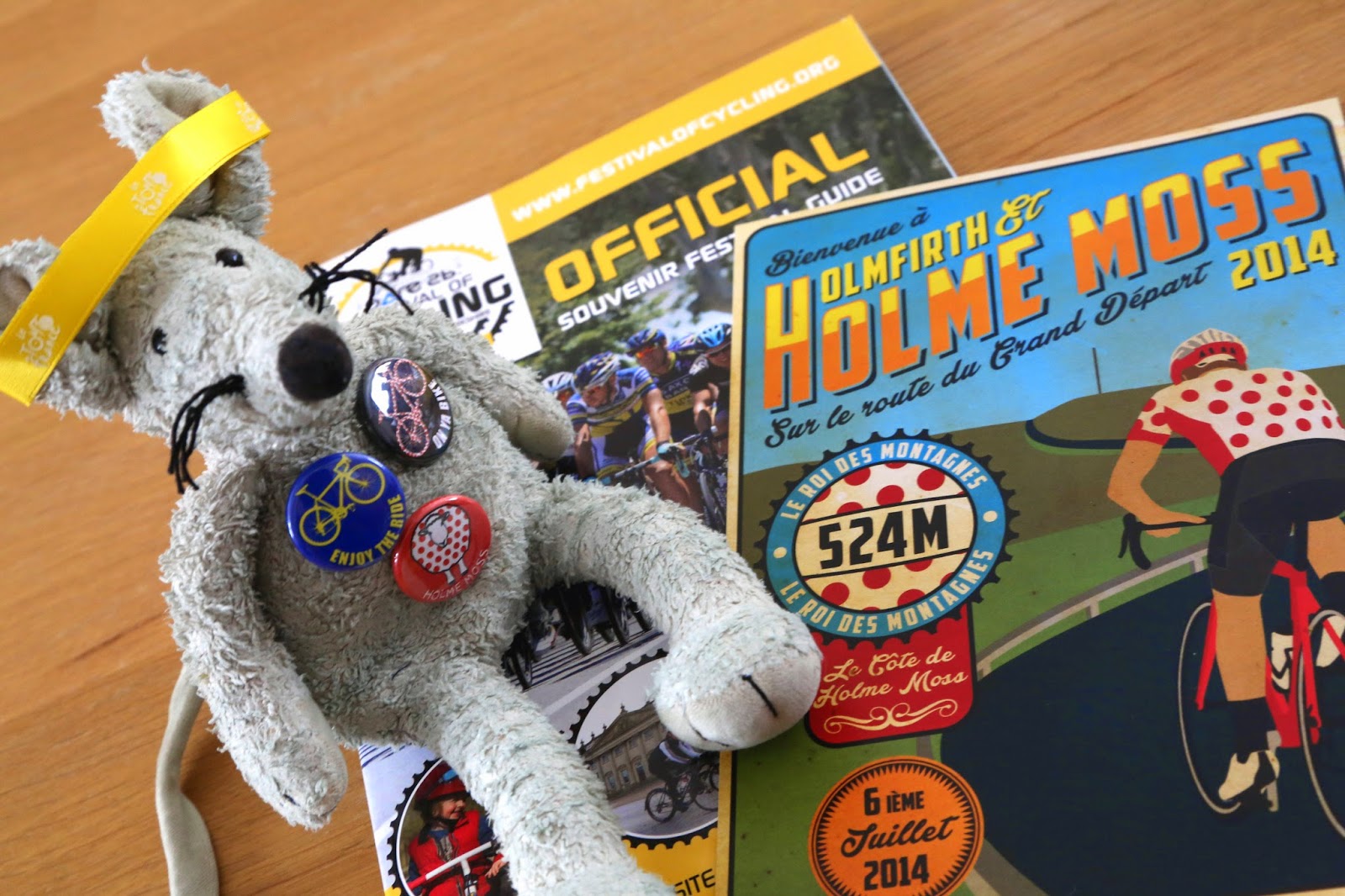