A while ago Mouse heard about a man called Monty who serves the best hot sandwich in the whole of London, UK.  As you will know, Mouse likes his food so after doing a bit of research, he decided to take a trip to try out this sandwich for himself.

Mouse got up early and headed for the big city.  When he got there, he had to get on the famous London Underground which was really exciting for a little Mouse. 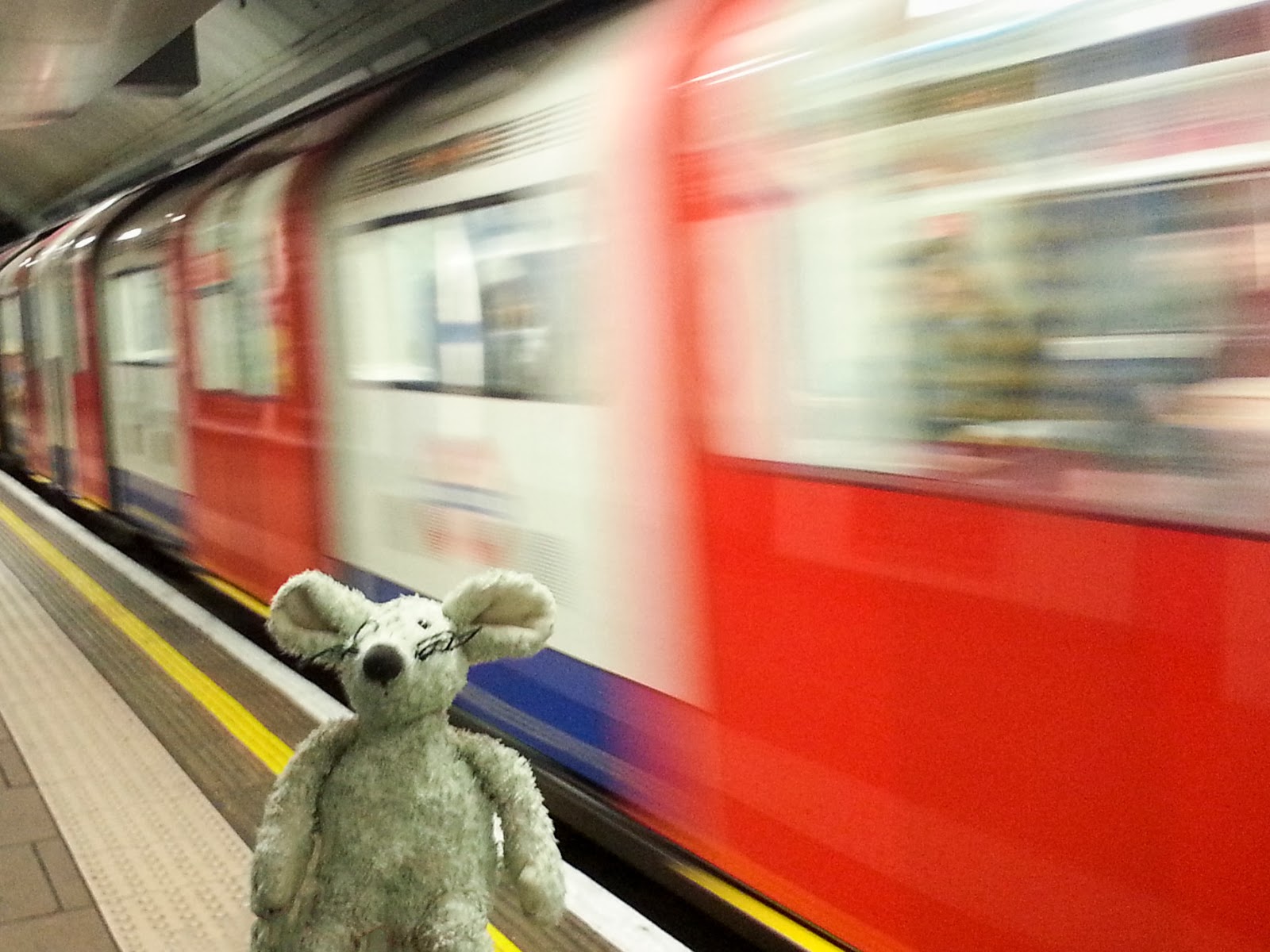 He got off the Tube at London Bridge as Monty's Deli is just a short walk from there.  When Mouse got up to street level he was very surprised to find that he was right at the bottom of a beautiful modern building called "The Shard", one of the tallest buildings in Europe.  It made Mouse feel very small indeed. 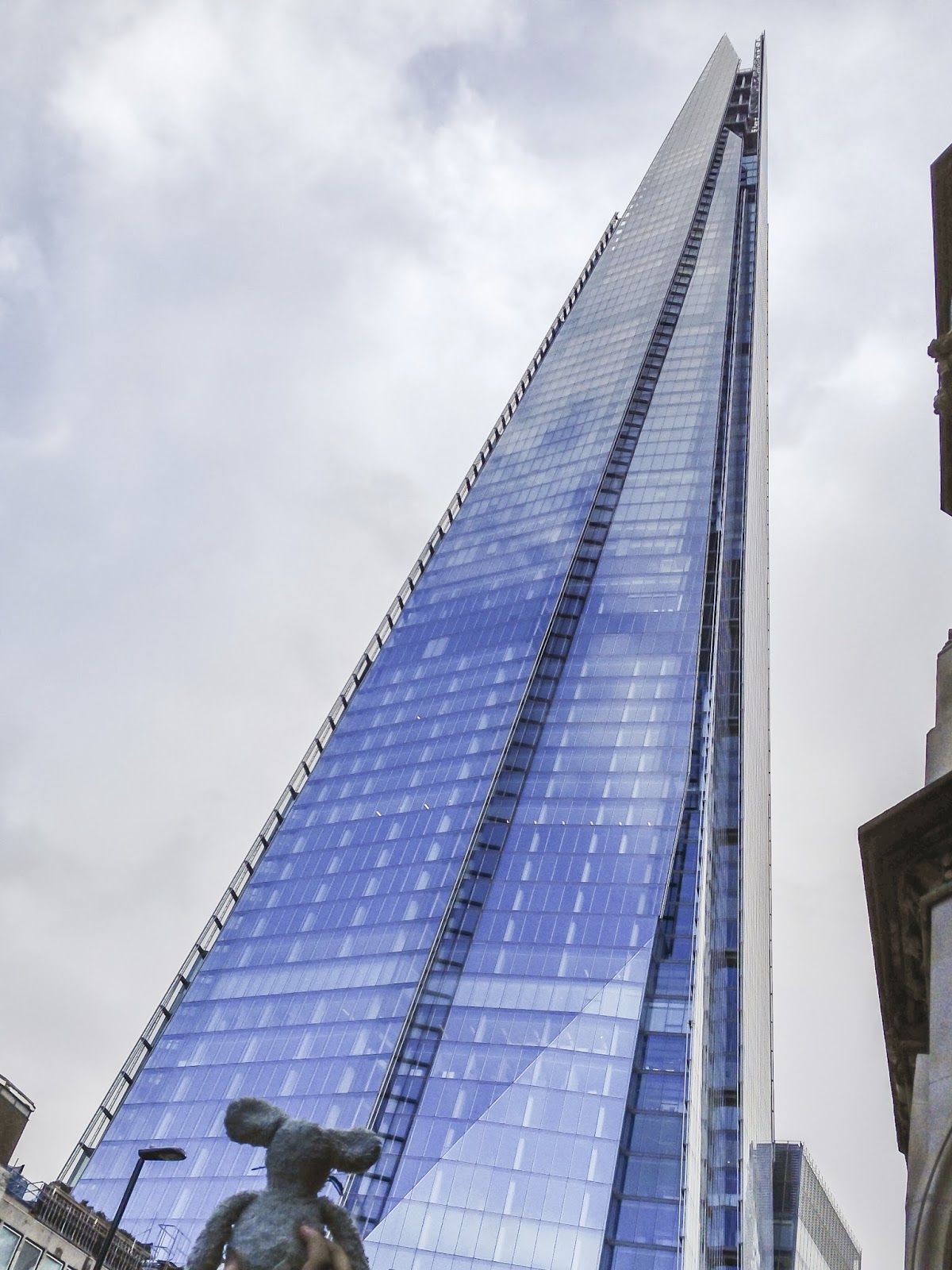 The journey had made mouse really hungry and so he didn't stop for too long.  He had heard that the sandwiches at Monty's Deli were so good that the queues could get really long.  After a bit more of a walk he finally found what he was looking for. 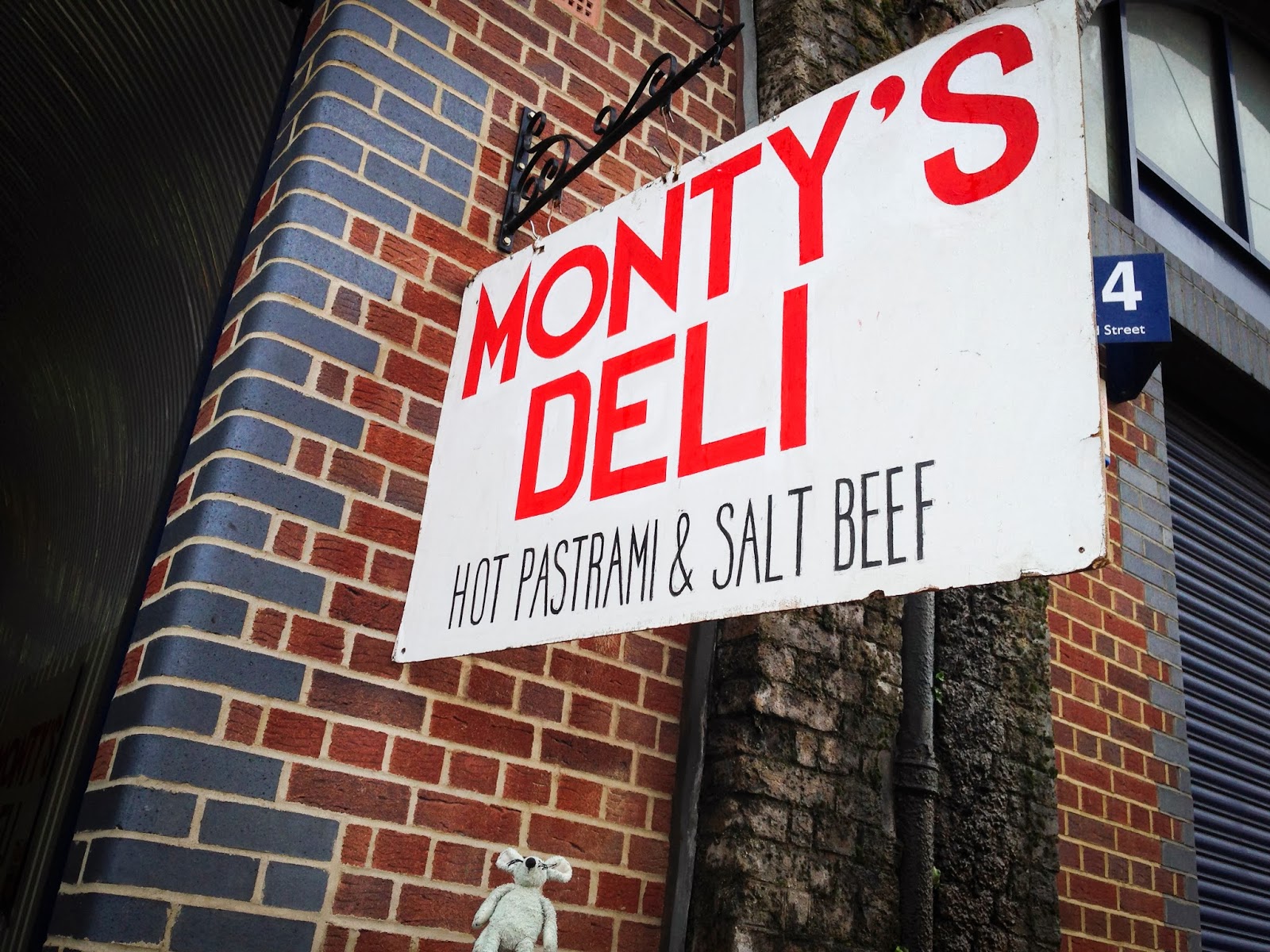 Everything sounded so delicious that Mouse struggled to make a decision on what to have.  In the end he went for the "Reuben Special" which has a huge pile of Pastrami as well as Salt Beef. 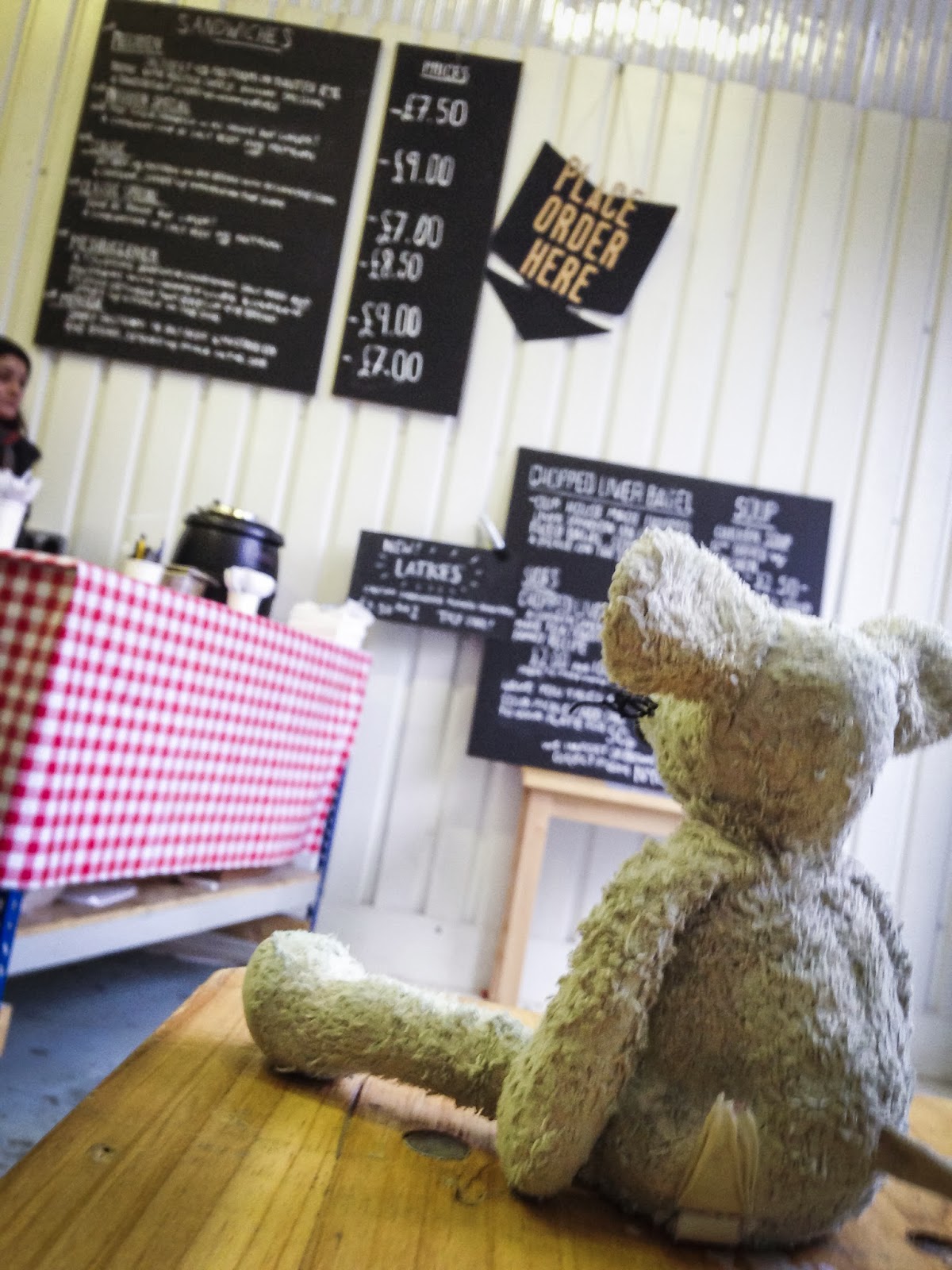 It was fascinating for Mouse to see the people working hard to make everyone's sandwiches. 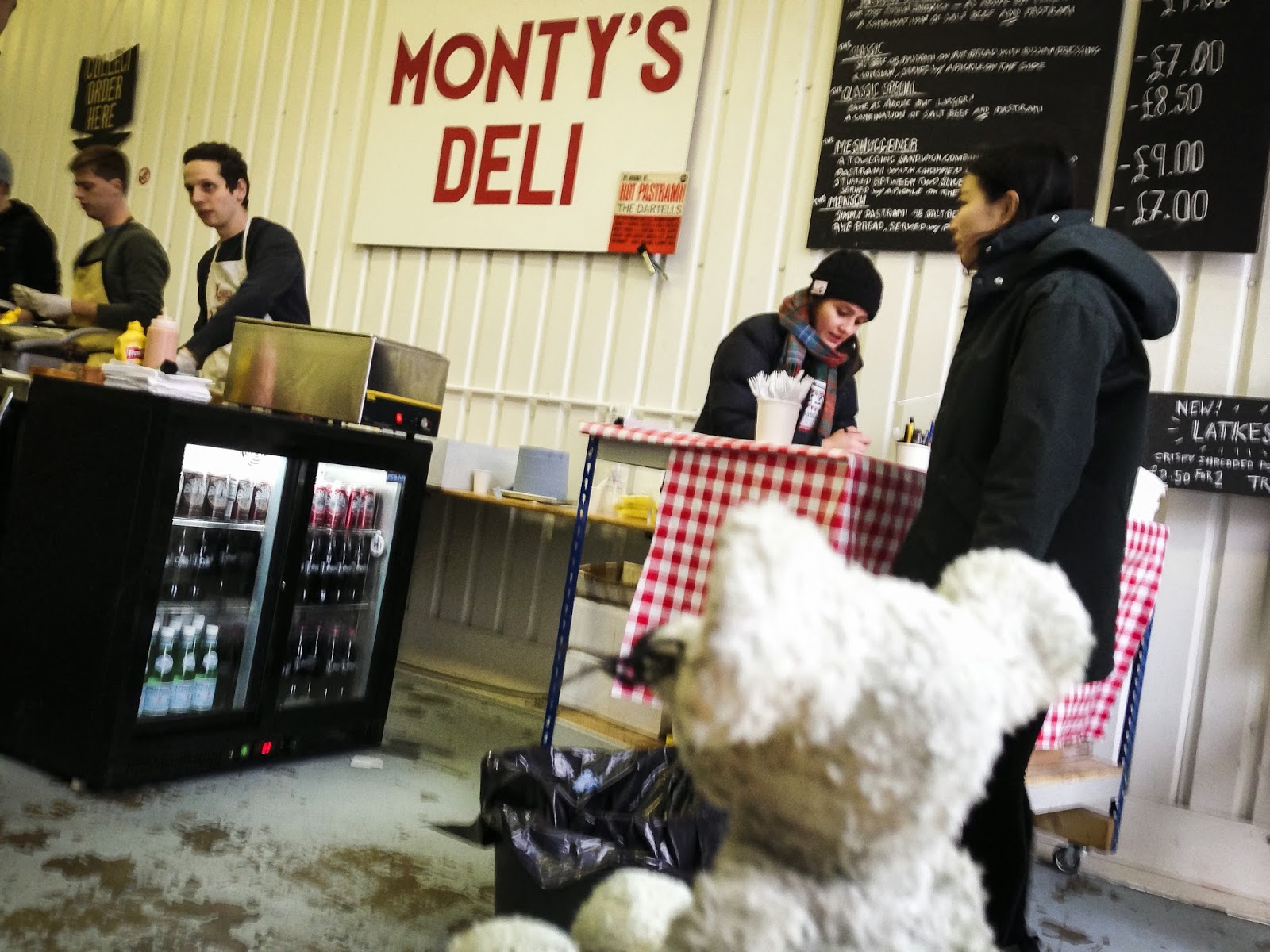 But what impressed Mouse the most was having his photo taken.  Not just any ordinary photo mind you, the sandwich was so big that he had his picture taken through the hot grill. 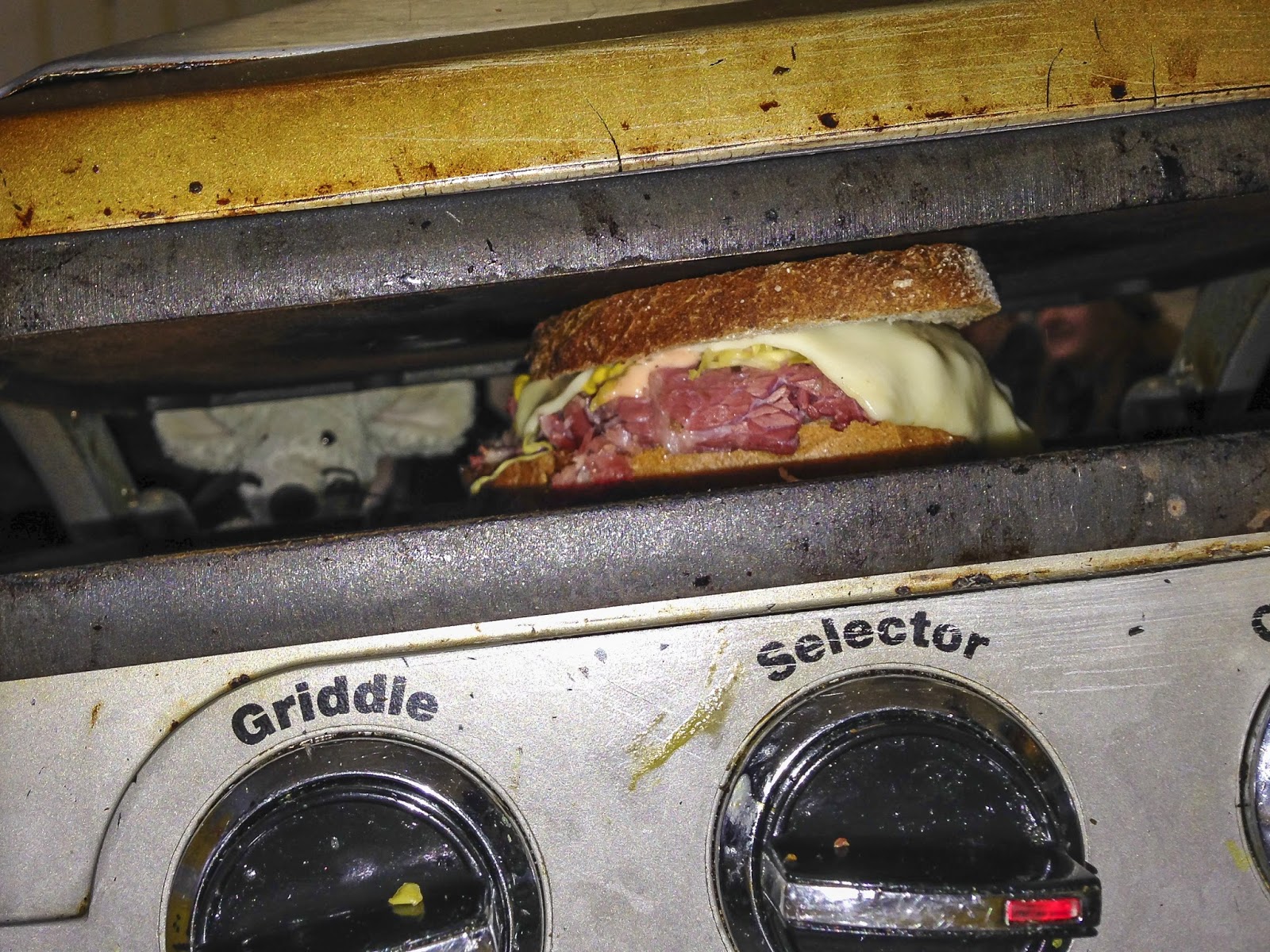 His sandwich was soon ready and Mouse couldn't wait to dive in and try it. 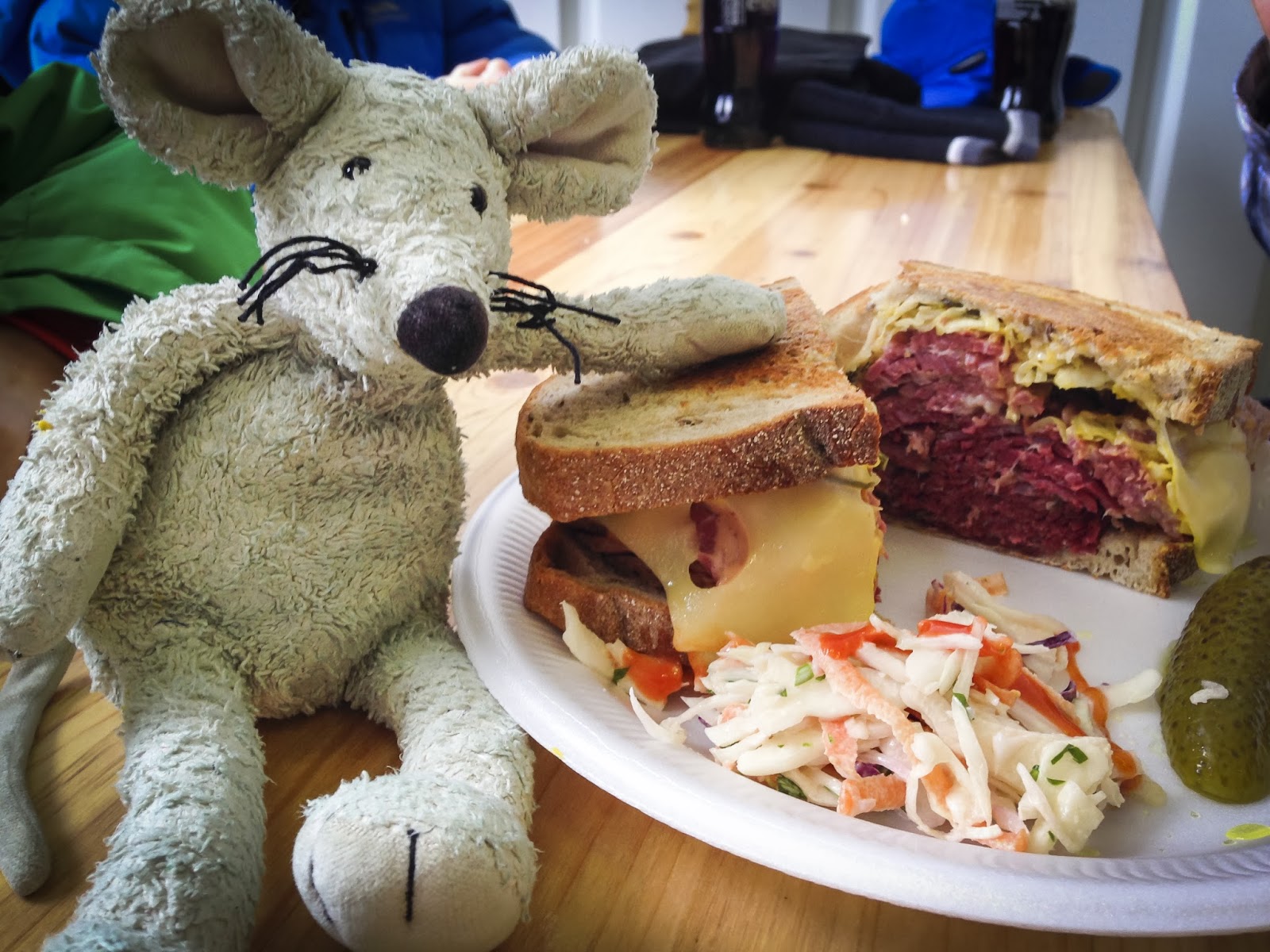 The only problem was knowing just how to tackle this monster. 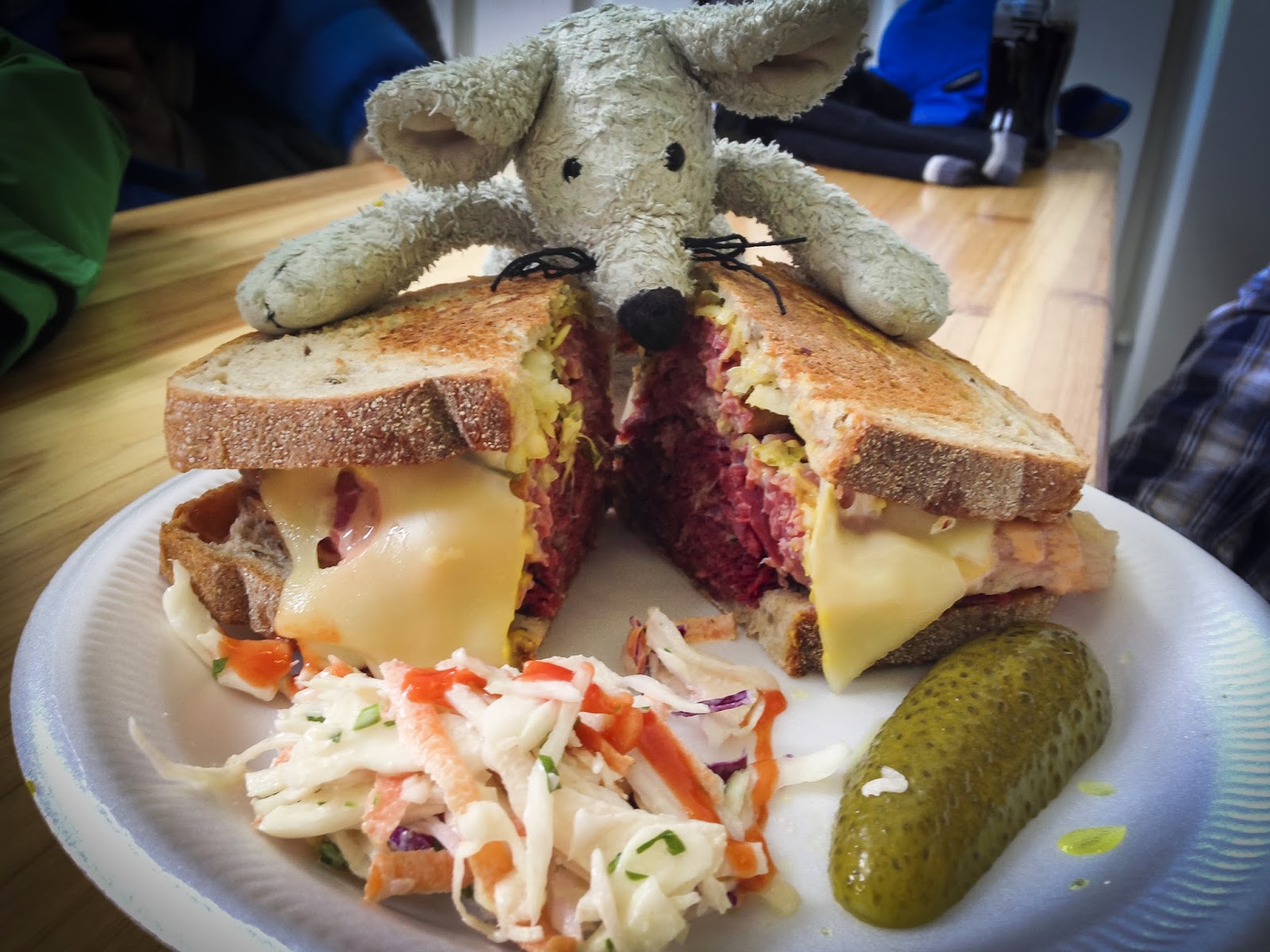 It took a while but Mouse managed to polish off the sandwich and would thoroughly recommend it to anyone.

Feeling in need of a walk to work off his meal, Mouse decided to head off for a bit of sightseeing while he was in London.  First stop was Tower Bridge. 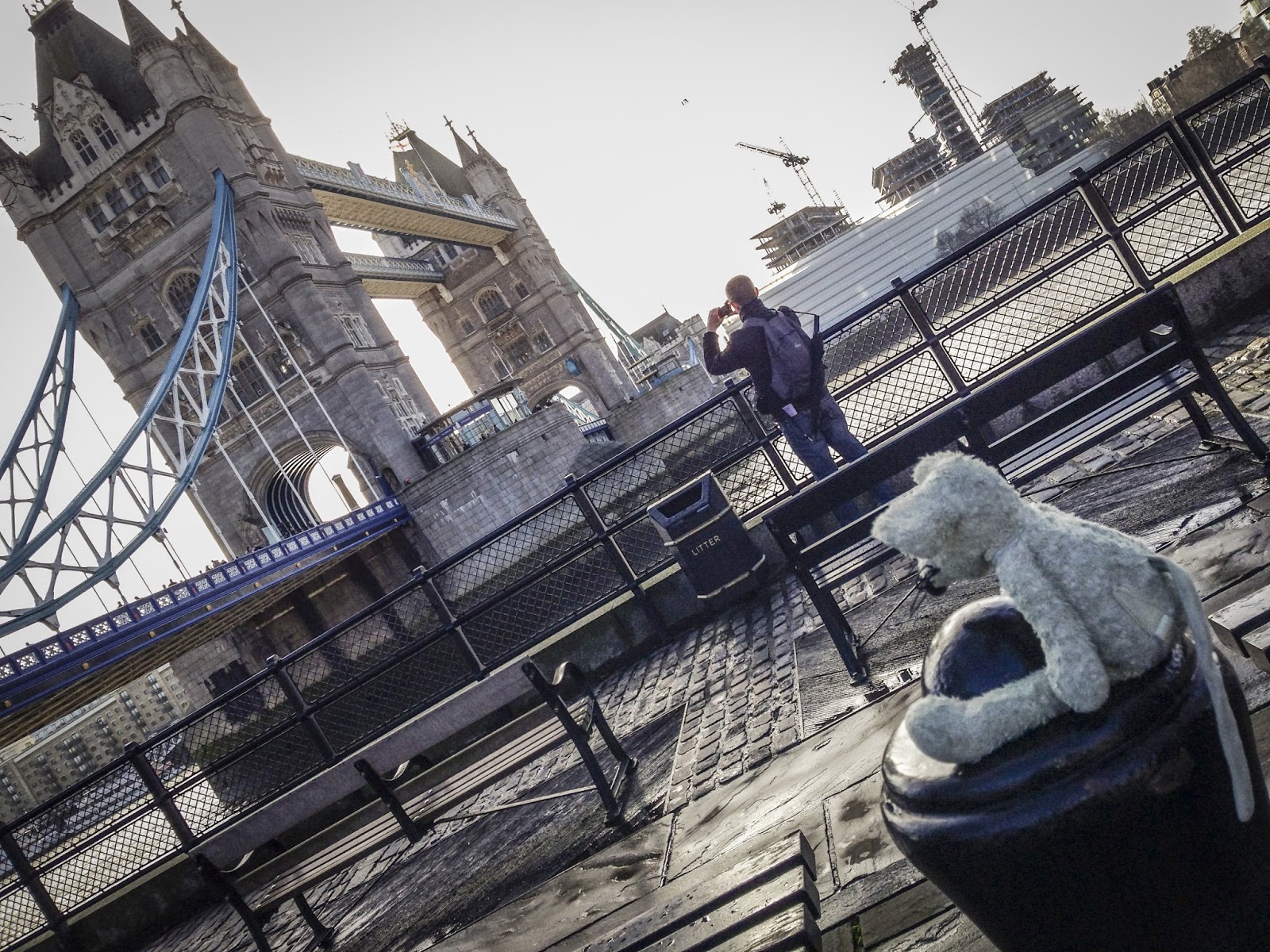 Then Big Ben and the Houses of Parliament. 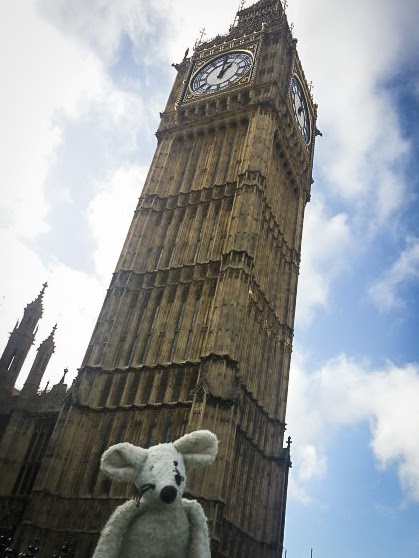 And finally, Buckingham Palace, but he didn't get to see the Queen, or even any of the Royal Mice that live in the palace. 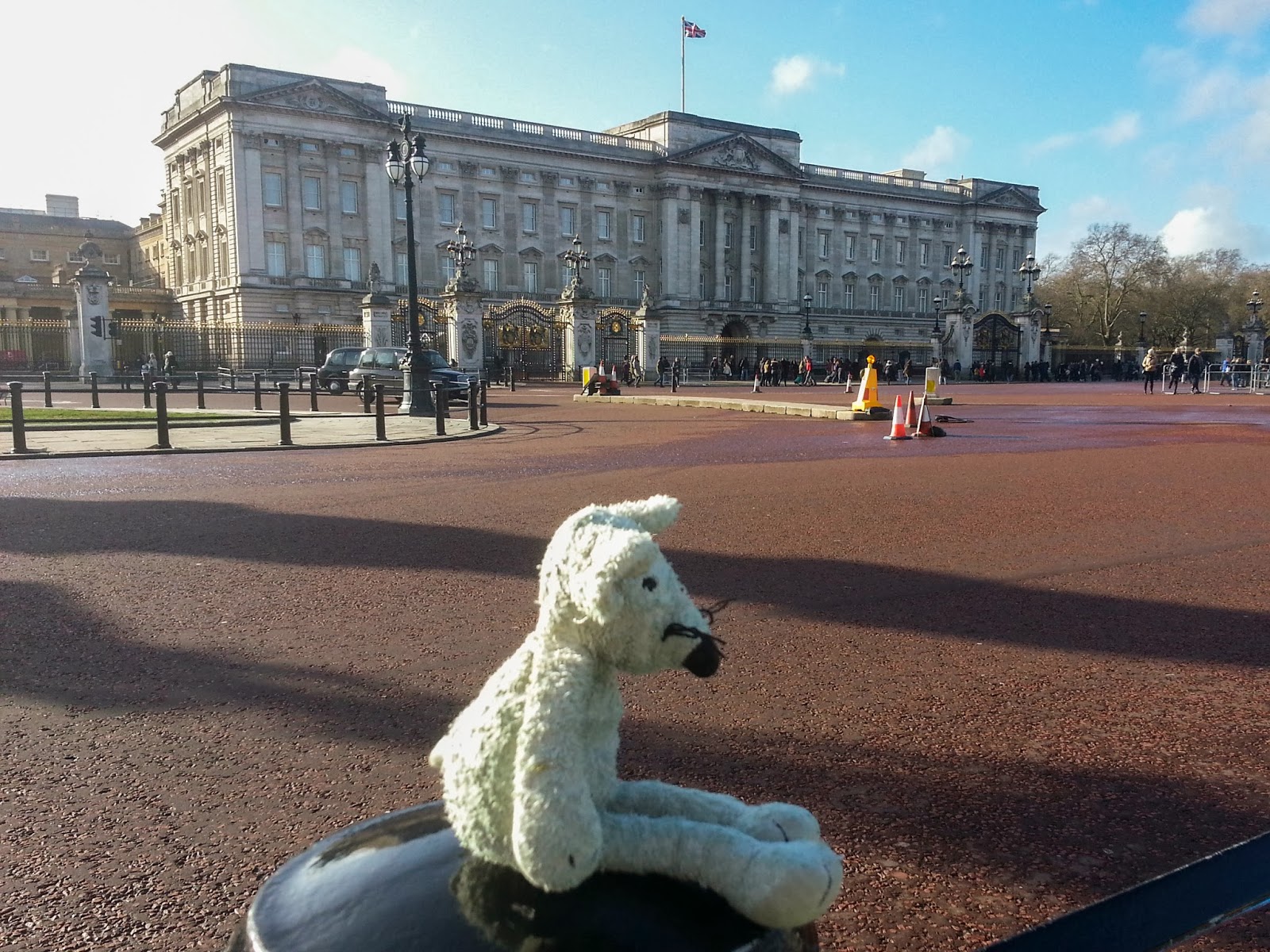 It was getting late so Mouse had to head home again but he will be back again soon with another adventure.

Why not sign up HERE to the Where The Heck Is Mouse? newsletter so that every adventure is delivered direct to your inbox.  While you are at it, head over to twitter and follow @montysdeli